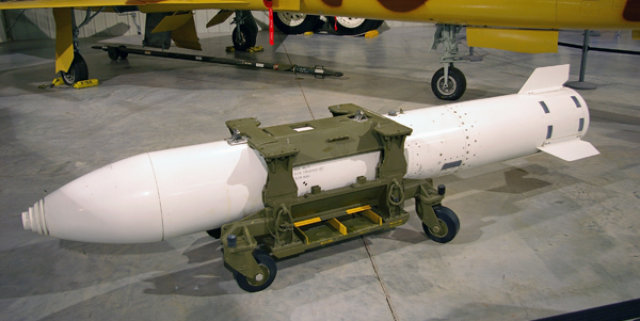 US Secretary of State Mike Pompeo announced on Friday that the US will withdraw from the Intermediate-Range Nuclear Forces (INF) Treaty, a nuclear arms control pact between the US and Russia established during the Cold War.

The INF treaty “bans ground-launched missiles with a range between 500 and 5,500 kilometers.”

Pompeo cited Russian noncompliance with the treaty as well as U.S. security concerns: “For years Russia has violated the terms of the Intermediate Range Nuclear Forces Treaty without remorse. … When an agreement is so brazenly disregarded and our security is so threatened, we must respond.”

In a statement, US President Donald Trump said that the onus is on Russia to end its alleged violations of the treaty. “The United States has fully adhered to the INF Treaty for more than 30 years, but we will not remain constrained by its terms while Russia misrepresents its actions,” Trump said.

The US has long accused Moscow of violating the terms of the treaty with a missile deployed near European borders. Russia has claimed that it is not in violation of the treaty, and that its 9M729 missile has a permitted range of less than 500 kilometers. Russian officials have expressed certainty that the US will, in the end, withdraw from the treaty.

Without the treaty, some specialists say that the U.S. may move to position new missile systems in Europe. Russia has warned that it would respond in kind if the US deployed new missiles. Some fear that this could result in a buildup of nuclear arms by both countries reminiscent of the Cold War, although U.S. officials have discounted the risk.