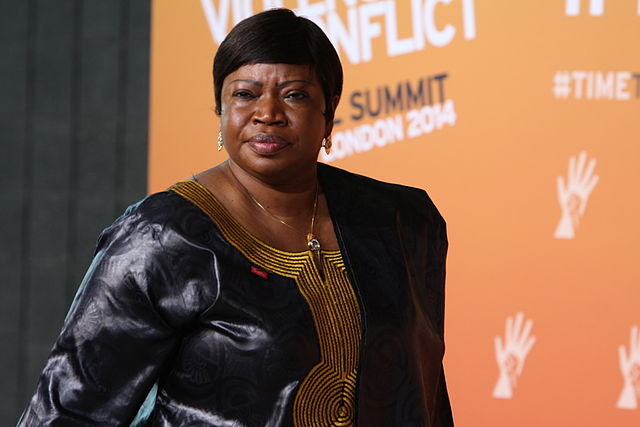 The Prosecutor for the International Criminal Court, Fatou Bensouda, on Thursday released the court’s annual Report on Preliminary Examination Activities.

This report, which spans December 1, 2017, through November 30, 2018, summarizes work done by the Office of the Prosecutor to determine whether situations meet legal criteria established by the Rome Statute and warrant further investigation.

In addition to its ongoing examinations of situations in Palestine, Colombia and Iraq/UK, the Office has added two new examinations of alleged crimes of violence since last year. These allegations involve Myanmar and the Philippines.

With regard to Myanmar, the violence and deportation being examined is the result of ethnic conflict in Rakhine, a Myanmar state that borders Bangladesh. The Rohingya are a Muslim ethnic minority group that has endured systemic oppression and restrictions of legal rights. Recent clearance operations in August 2017 targeted Rohingya populations, destroying villages and displacing 725,000 Rohingya.

Although Myanmar has not accepted the jurisdiction of the ICC, the court still has jurisdiction because the alleged crime occurred in part in Bangladesh, a State Party to the Statute since 2010.

The other new preliminary examination by the Office involves the War on Drugs campaign in the Philippines. The alleged crime under examination is whether President Rodrigo Duterte and other senior officials encouraged the killings of suspected drug users and dealers, which resulted in more than 12,000 deaths at the hands of the Philippine National Police and vigilante groups. There is grave concern that the government’s statements were endorsements of violence with impunity.

The Philippines remain under the jurisdiction of the ICC, having ratified the Rome Statute in 2011, but its government is attempting to withdraw. In March, written notice of this withdrawal was submitted to the UN Secretary-General. According to article 127 of the Rome Statute, though, withdrawal is effective one year later and crimes committed while the Philippines was a State Party to the Statute will remain under the jurisdiction of the ICC.

This report by the Office is a preliminary step that details the examination process used by the Prosecutor to determine whether to proceed to an actual investigation. It is not exhaustive or conclusive.