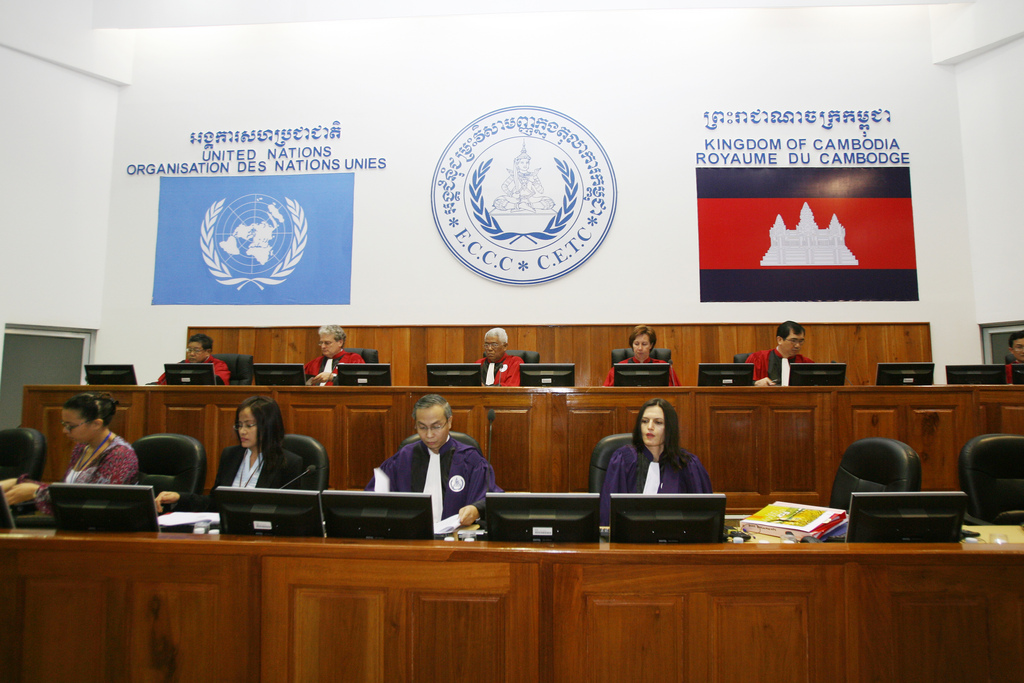 © WikiMedia (Extraordinary Chambers in the Courts of Cambodia)

The Extraordinary Chambers in the Courts of Cambodia, a Cambodian court that receives aid through the UN, convicted Nuon Chea and Khieu Samphan of genocide, crimes against humanity, and other violations of the Geneva Convention on Friday.

The crimes were committed during Cambodia’s Democratic Kampuchea period from April 1975 to January 1979.

The court referred to Nuon, the former Deputy Secretary of the Communist Party of Kampuchea (CPK), as Pol Pot’s “right hand.” The court found Khieu, the former Head of State of Democratic Kampuchea, “to have encouraged, incited, and legitimised criminal policies and to have made a significant contribution to crimes committed by CPK cadres.”

The tribunal sentenced Nuon and Khieu to life imprisonment.

This is the first time a tribunal has declared the Khmer Rouge’s actions in Cambodia to be a genocide. A fifth of Cambodia’s population died under the Khmer Rouge.

Nuon and Khieu are the second and third people to be convicted by the tribunal, which has received criticism for its delays.