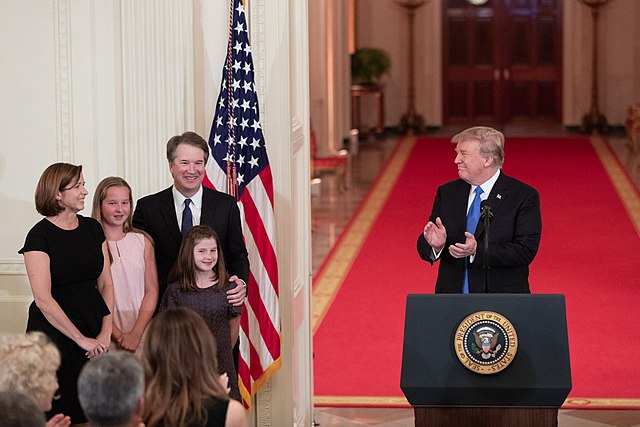 The US Senate voted on Friday morning to end discussion and advance Brett M. Kavanaugh’s Supreme Court nomination in a key procedural vote. Next, a final confirmation vote will happen, possibly as soon as Saturday.

The 51-49 Senate vote had one defection from each party — Democratic Senator Joe Manchin from West Virginia voted to advance, and GOP Senator Lisa Murkowski of Alaska voted against. While holdout Susan Collins voted to advance, it remained unclear until Friday afternoon which way she would vote, at which point Collins addressed the Senate, informing them she expected to vote yes.

The American Bar Association (ABA) sent the Senate Judiciary Committee a letter Friday noting that they are re-evaluating their “well qualified” rating of the nominee.

ABA Chairman Paul Moxley wrote, “New information of a material nature regarding temperament during the September 27th hearing before the Senate Judiciary Committee has prompted a reopening of the Standing Committee’s evaluation. The Committee does not expect to complete a process and re-vote prior to the scheduled Senate vote.

In the meantime, the ABA’s rating still stands.