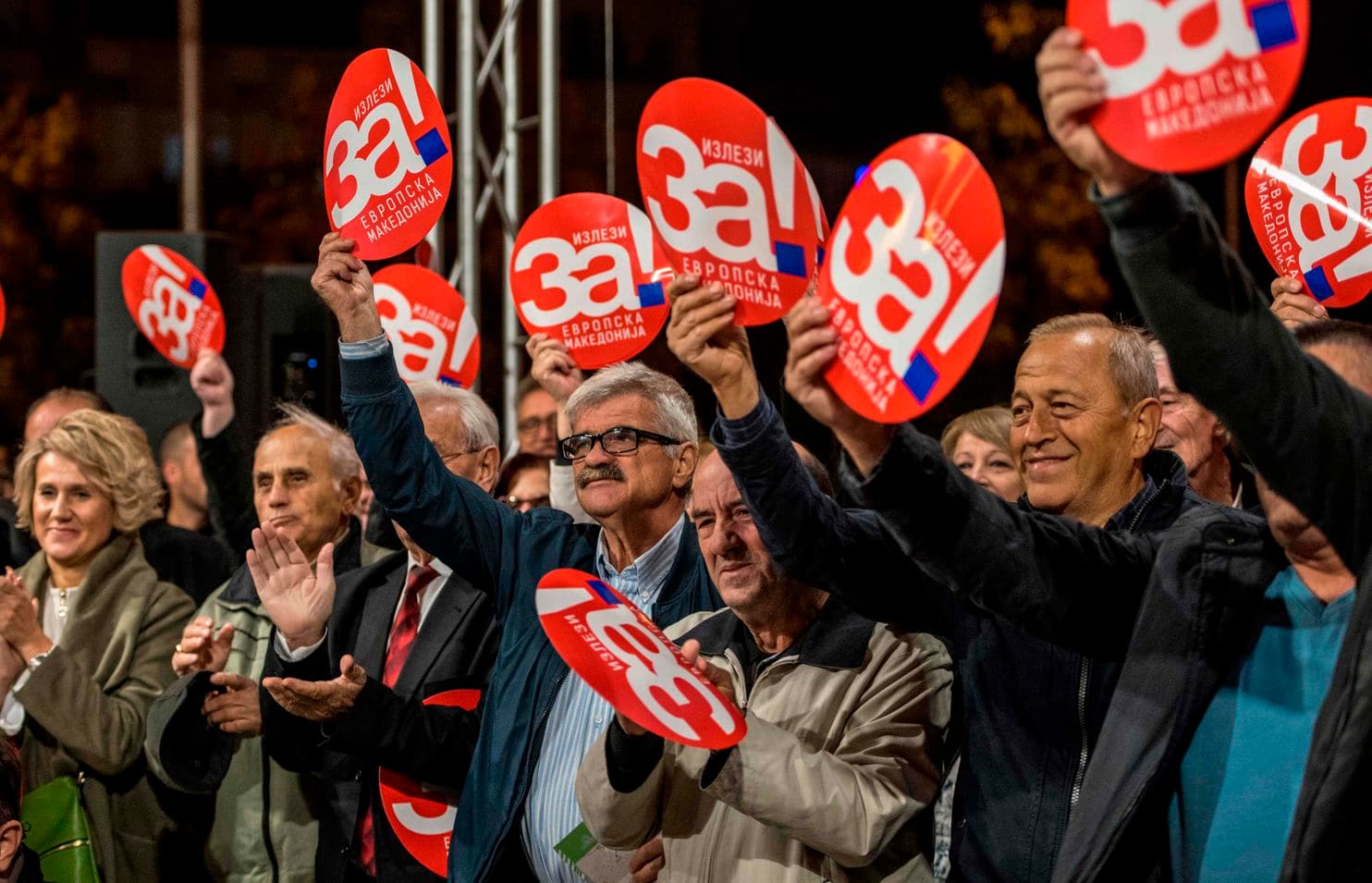 A referendum in Macedonia to change the country’s name to “The Republic of North Macedonia” garnered a 94.2 percent “yes” vote Sunday, but only 36.8 percent of eligible voters cast their ballots.

Despite the low turnout, Prime Minister Zoran Zaev accepts [press release, in Macedonian] the result and says he and the government will move forward with bringing the issue to Parliament.

Macedonia, which lies between Balkan and Hellenistic influence, has been contested for many years. Recently it has attempted to accede to the EU, but the name change is a prerequisite for EU membership. “I urge all political leaders & parties to engage constructively & responsibly to seize this historic opportunity,” said [tweet] Jens Stoltenberg, Secretary-General of NATO. “NATO’s door is open, but all national procedures have to be completed.”

Macedonia is so named because of a 1993 UN Security Council Resolution [materials] that officially severed it from the disintegrating Yugoslavia and established its independence. In 2007 neighboring Greece announced [press release, in Greek] that it would only cooperate with Macedonia if the name is changed erga omnes (the incorporation of the term “Macedonia” in the name, but with the use of a disambiguating name specification, for international and intergovernmental use). Soon afterward UN Moderator Matthew Nimetz proposed several different names, all of which Macedonia rejected.

Now, with a name change as a prerequisite to join the EU, some Macedonian citizens support changing the name while others retain pride in the current name.

On May 30, 2008, nations agreed to ban the use of cluster bombs by signing the Convention on Cluster Munitions. The United States, Russia, and China each declined to sign the treaty.

Learn more about the Convention on Cluster Munitions from the treaty's official website.

Joan of Arc burned at the stake for witchcraft

On May 30, 1431, after being convicted of witchcraft at her trial, Joan of Arc was burned at the stake.

Review the transcripts from Joan of Arc's trial, online from the Fordham University Center for Medieval Studies.