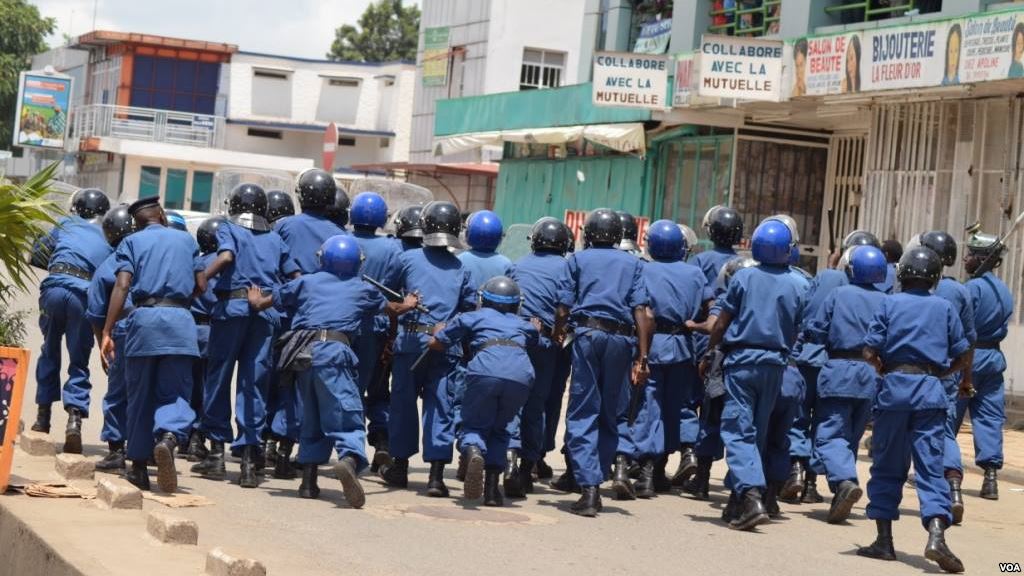 The UN Commission of Inquiry on Burundi [official website] on Wednesday reported [text, PDF] serious human rights violations documented in the first year of its mandate have remained consistent throughout 2017 and 2018.

The violations include cases of “summary execution, enforced disappearance, arbitrary arrest and detention, torture and other cruel, inhuman or degrading treatment, sexual violence, and violations of civil liberties such as the freedoms of expression, association, assembly and movement.”

The East African nation has experienced political and economic turmoil since 2015 that has fueled repression and violence. “The Constitutional Referendum organized in May 2018 and the campaign for the upcoming elections in 2020 have resulted in persecution, threats and intimidation towards persons suspected of opposing the Government or not sharing the ruling party’s line, whether proven or not.”

While the state entities that are most often implicated in these violations are the National Intelligence Service and the police, the Commission is concerned about the role being played by members of the ruling party’s youth league, the Imbonerakure. The youth group has experienced a significant increase in power, acting with the authority of the Burundian state to “harass, control and intimidate the population.”

The findings of the Commission are based on approximately 900 statements of victims of human rights violations, witnesses and alleged perpetrators of such acts. The Commission is concerned about future violations as the 2020 election nears and has requested that its investigation continue for another year.  “Our Commission is currently the only international mechanism investigating independently and impartially human rights violations and abuses committed in Burundi.”

The government of Burundi has refused any dialogue and cooperation with the Commission of Inquiry despite repeated requests.