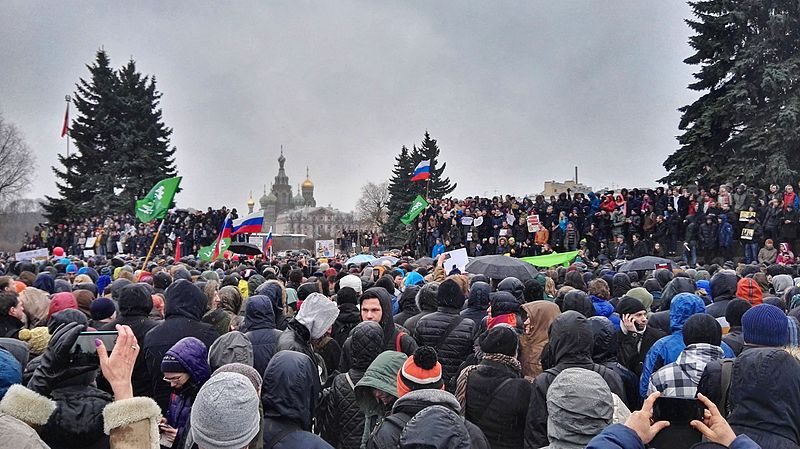 A Russian rights group on Monday reported [press release, in Russian] that more than 1,000 people were detained at anti-government protests across the nation.

The OVD-Info group [advocacy website, in Russian], which tracks police detentions, said that 1,018 people were detained during multiple Sunday demonstrations against Russian pension reform that plans to increase the ages at which citizens can collect their state pension.

The rallies were organized by anti-corruption campaigner and jailed Russian opposition leader Alexei Navalny [BBC profile]. “The intention to join this initiative were stated by supporters of the politician in 81 cities, [but] only twelve of them managed to coordinate the actions with the local authorities.”

In different regions, aides of Navalny, applicants of the protests, and other activists were detained in advance of the rallies. In a number of cases, activists were arrested for publishing a post about the planned action on social media, as this was regarded as the organization of an uncoordinated event.

Navalny, who is barred from appearing on state TV and from running against Vladimir Putin for president, was convicted last month for breaking protest laws and jailed for 30 days.