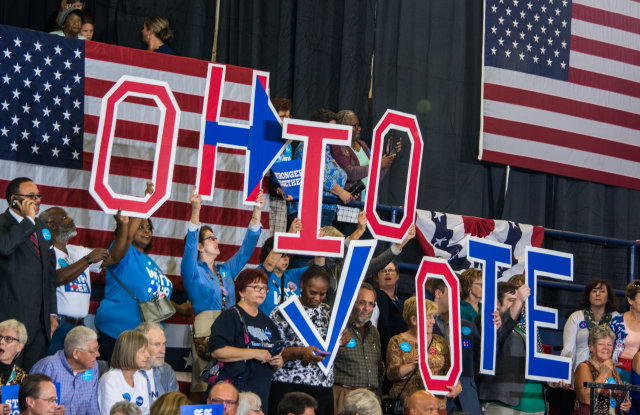 A federal court on Wednesday ruled [text, PDF] that a lawsuit challenging Ohio’s congressional map as unconstitutional can move forward.

The lawsuit was filed [complaint, PDF] in May by the American Civil Liberties Union (ACLU) on behalf of five civic engagement groups and voters from each congressional district in the state.

The plaintiffs allege that Ohio’s congressional map violates the First Amendment, the Fourteenth Amendment, and Article I of the US Constitution because state Republicans manipulated it to give them an advantage in congressional elections for at least a decade.

The new map allowed [ACLU blog] Republicans to consistently win 75 percent of Ohio’s congressional seats even though they only earned 51-59 percent of the votes in each election. According to the Brennan Center for Justice [advocacy website], partisan gerrymandering allowed [text, PDF] Ohio Republicans to secure an estimates two to three additional seats in Congress.

The three-judge panel in the US District Court for the Southern District of Ohio [website] concluded that the plaintiffs have standing to bring their Article I, First Amendment, and Fourteenth Amendment violation claims, noting their claim that gerrymandering were a detriment to their bipahrtisan efforts.

This is the first [Huffington Post report] lower court decision ruled in favor of gerrymandering opponents since the Supreme Court struck down two major gerrymandering cases in June.