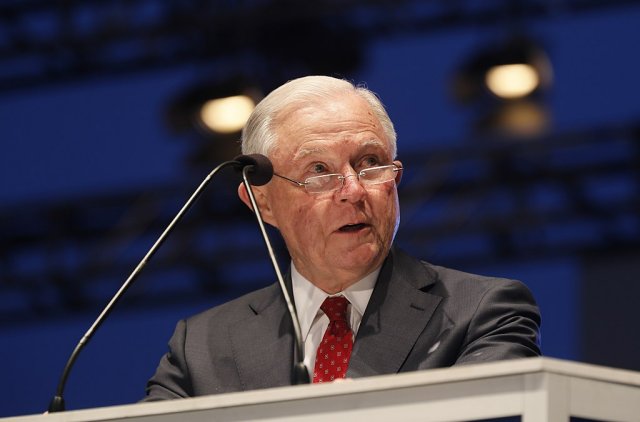 US Attorney General Jeff Sessions [official profile] issued a decision Monday calling for immigration judges to adopt a narrower interpretation of “membership in a particular social group” when deciding whether to grant asylum to undocumented immigrants. This interpretation would deny most asylum seekers who are victims of domestic abuse and gang violence.

The Immigration and Nationality Act gives the Attorney General the authority [8 USC §1158 (b)(1)(B)(i) text] to grant asylum when an immigrant faces persecution in their home country on the basis of “race, religion, nationality, membership in a particular social group, or political opinion.” In his opinion, Sessions recognized that the Board of Immigration Appeals [official website] had granted asylum to groups such as “married women in Guatemala who are unable to leave their relationship” in the past, but Sessions overruled such decisions determining that the Board had applied the incorrect standard in review of such cases.

The narrower standard for “membership in a social group” warranting a grant of asylum involves a two-prong test:

An applicant … must demonstrate:

Sessions expressed that the policing in some nations may not effectively address crimes such as domestic abuse and gang violence, causing some people to be more likely to become victims, however, that is not enough in itself to grant asylum. The decision requires that “a particular social group must exist independently of the harm asserted in an application for asylum.”

Sessions delivered remarks [text] to immigration judges on Monday about the asylum decision and encouraged judges to work diligently to reduce the backlog of immigration cases. In discussion of asylum, Sessions mentioned that “Asylum was never meant to alleviate all problems—even all serious problems—that people face every day all over the world.”

A TIME report [text] expressed that the asylum decision may have an impact on women escaping violence including human trafficking and genital mutilation in addition to domestic violence. Democratic Senator Elizabeth Warren [official website] responded to the decision in a tweet [tweet] in support of women fleeing domestic abuse saying, “We should welcome them with compassion—not slam the door in their faces.”