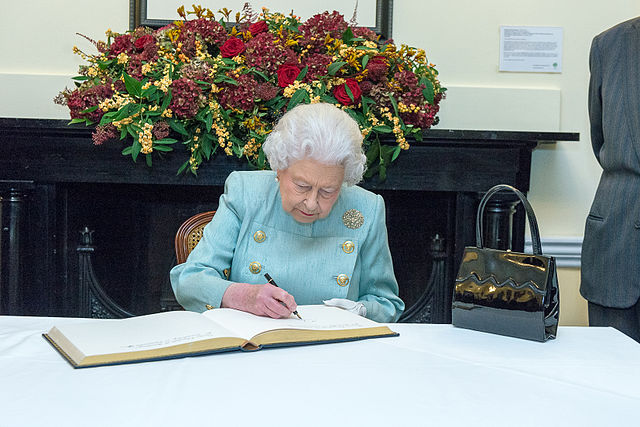 House of Commons Speaker John Bercow announced [YouTube] the Queen’s assent to the legislation. At the forefront, the Act repeals the European Communities Act of 1972 (ECA) [text, PDF], withdrawing the UK from the EU. The explanatory note [text, PDF] outlines the additional impact, stating:

The Act ends the supremacy of European Union (EU) law in UK law, converts EU law as it stands at the moment of exit into domestic law, and preserves laws made in the UK to implement EU obligations. It also creates temporary powers to make secondary legislation to enable corrections to be made to the laws that would otherwise no longer operate appropriately once the UK has left, so that the domestic legal system continues to function correctly outside the EU. The Act also enables domestic law to reflect the content of a withdrawal agreement under Article 50 of the Treaty on European Union once the UK leaves the EU, subject to the prior enactment of a statute by Parliament approving the final terms of withdrawal.

Now that the Act is law, the UK’s parliament is focusing on the financial impact the Act will have. In summary [text], the initial estimated costs of settlement fall far below the likely financial burden the UK will take on because of the legislation.