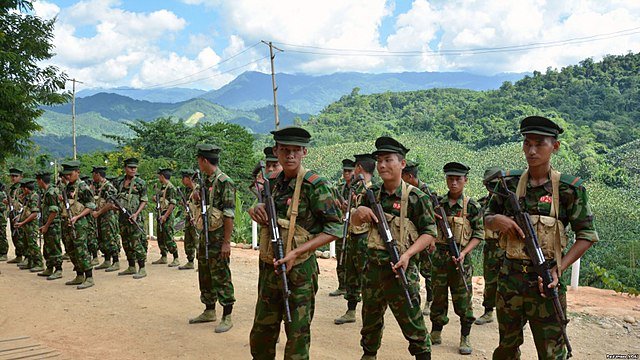 The Special Rapporteur on the situation of human rights in Myanmar, Yanghee Lee, on Monday expressed concern [press release] over violence against civilians in Myanmar’s Kachin State.

A reported 10 civilians were killed and several more severely injured and wounded in the northern part of the state. An estimated 5,000 have also forced out of their homes near the border in the last three weeks. The Kachin State military reportedly has “carried out aerial bombings, and used heavy weapons and artillery fire against civilian areas near the Chinese border.”

Lee, who has been focused on violence in the Rakhine State, urged all parties to the conflict to operate in accordance with international humanitarian law, saying it is “incumbent upon all forces to observe the principles of distinction, proportionality and precaution.”

Lee concluded the statement demanding all parties allow humanitarian assistance access to civilians in need. In support of this, the UN human rights office stated:

Lee said she had received reports that a food convoy organised by the Myanmar Red Cross was prevented from entering the village of Man Wai on 23 April. More than 100 civilians have been trapped in the village for three weeks with no or very limited access to food, medicine and other items needed for survival.

In the midst of the growing violence in the Kachin State, violence has continued to mar Mynmar’s Rakhine State. In March Lee called [press release] for an immediate investigation into “clearance operations” in Rakhine State, stating she is increasingly convinced the state’s actions amount to genocide [JURIST report]. Also in March, UN Assistant Secretary-General for Human Rights Andrew Gilmour said [press release] that the “ethnic cleansing of Rohingya from Myanmar continues,” after a four-day visit to Bangladesh, where he focused [JURIST report] on the situation of thousands of refugees who have fled from Myanmar.