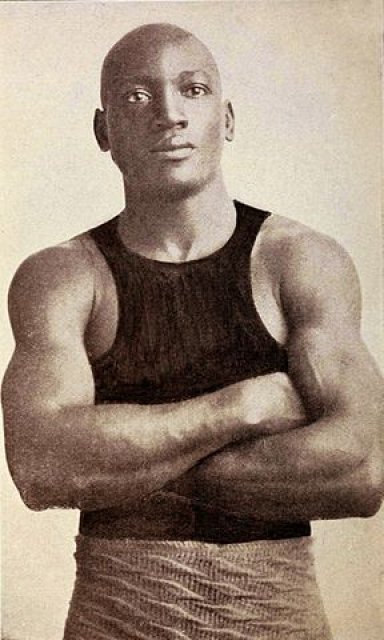 US President Donald Trump on Thursday posthumously pardoned Jack Johnson, the first black heavyweight champion, who was convicted [press releases] under the Mann Act in 1913 for transporting a white woman across state lines and served 10 months in federal prison.

Trump said Johnson “overcame difficult circumstances to reach the heights of the boxing world and inspired generations with his tenacity and independent spirit.” Johnson’s conviction occurred during a period of racial tension in the US.

The full pardon has widespread bipartisan support and is being granted in order “to correct a wrong that occurred in our history, and to honor a truly legendary boxing champion, legendary athlete.”

Previously, resolutions calling for his pardon went through Congress, including one [text, PDF] from Senators Harry Reid (D-NV) and John McCain (R-AZ) in 2015. In a statement [press release], McCain lauded the pardon, saying “[f]or years, Congress has overwhelmingly supported legislation calling on multiple US presidents to right this historical wrong and restore this great athlete’s legacy. President Trump’s action today finally closes a shameful chapter in our nation’s history and marks a milestone that the American people can and should be proud of.”