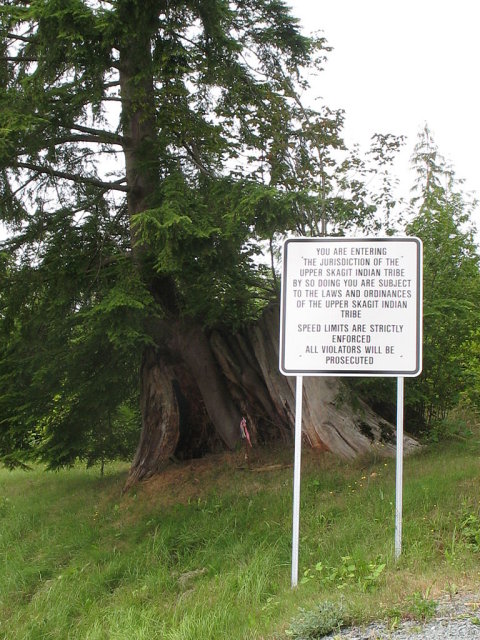 The Upper Skagit Indian Tribe had purchased a 40-acre plot of land. After a survey of the land, they believed that an acre of their property was fenced off by Sharline and Ray Lundgren. The Lundgrens claimed the doctrines of adverse possession and mutual acquiescence in Washington state court gave them title to the disputed land. Upper Skagit responded by asserting sovereign immunity from the suit. The Washington State Supreme Court ruled in favor of the Lundgrens by citing County of Yakima v. Confederated Tribes [opinion], a Supreme Court case that held tribal sovereign immunity does not apply in rem suits.

Justice Neil Gorsuch stated in his opinion that the Yakima case was not applicable to the dispute. Gorsuch reasoned that the new argument that the Lundgrens were putting forth was not considered by the Washington State Supreme Court and thus should be addressed by them first.

In short, Yakima sought only to interpret a relic of a statute in light of a distinguishable precedent; it resolved nothing about the law of sovereign immunity. Acknowledging this, the Lundgrens now ask the Court to affirm on an alternative, common-law ground: that the Tribe cannot assert sovereign immunity because this suit relates to immovable property located in Washington State, purchased by the Tribe in the same manner as a private individual. Because this alternative argument did not emerge until late in this case, the Washington Supreme Court should address it in the first instance.