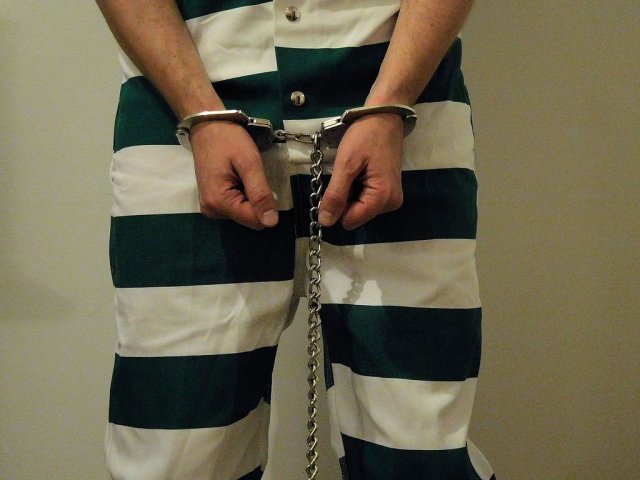 The US Supreme Court [official website] ruled [opinion, PDF] unanimously Monday in US v. Sanchez-Gomez [SCOTUSblog materials] that defendants’ constitutional objection to shackling was not saved from mootness because the defendants “sought ‘class-like relief’ in a ‘functional class action'” nor because “the challenged practice was ‘capable of repetition’ yet ‘evading review.'”

A policy adopted by the US District Court for the Southern District of California [official website] allows marshals to produce all in-custody pretrial defendants for non-jury proceedings in full five-point restraints, where a defendant’s feet are shackled together and a waist chain connects to tightly restrain their cuffed hands. Four defendants challenged the constitutional validity of the policy on behalf of themselves and other similarly situated defendants. The district court denied their case, and while awaiting appeal, the four prosecutions were resolved either by dismissal or guilty plea. The issue then became whether the resolutions rendered their claim moot because it lacked live controversy.

The plaintiffs relied on the holdings in Gerstein v. Pugh and Sosna v. Iowa [opinions], which established that because unnamed class members are still dependent on the court for a decision in a class action, there is a live controversy even when the named plaintiffs’ claim becomes moot. Thecourt held that in the case at hand, though, that there was no requisite class certification and that the plaintiffs’ plea for relief for all in-custody defendants did not create a functional class action.

The plaintiffs also challenged the issue of mootness on the grounds that there is a “reasonable expectation that the same complaining party will be subjected to the same action again” because two of the defendants, who had been charged with unlawfully entering the US, have and would commit the same crime, as would others due to the crime’s high rate of recidivism. The court differentiated the case at hand from those the plaintiffs citing, Honig, California Superintendent of Public Instruction v. Doe et al and Turner v. Rogers et al [opinions, PDF], two cases where the named plantiffs could not “prevent themselves from transgressing and avoid recurrence of the challenged conduct” for reasons beyond their control. In the this instance, the court pointed out, the plaintiffs are able to comply with the law, regardless of their incentives to do otherwise.

The court concluded by stating that those who still wish to challenge the Southern District of California’s shackling policy do not “lack an avenue for relief.” Additionally, because the case is moot, the court took no position on the question at issue.