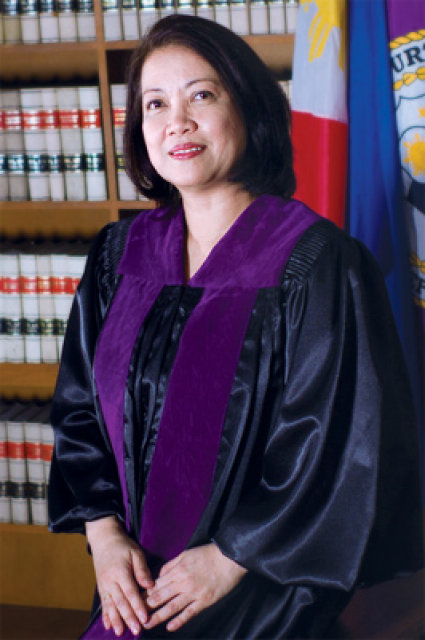 © WikiMedia (Supreme Court of the Philippines)

Maria Lourdes Sereno, Chief Justice of the Philippines’ highest court, was removed from office [decision, PDF] Friday after President Rodrigo Duterte, who referred to Sereno as his “enemy,” called for her ouster, citing violations in her appointment.

In this unprecedented case against the incumbent Chief Justice, the court declared her ineligible to hold the position or that of associate justice for:

Failing to regularly disclose her assets, liabilities and net worth as a member of the career service prior to her appointment as an Associate Justice, and later as Chief Justice, of the Supreme Court, in violation of the Constitution. … The Republic accordingly seeks the nullification of respondent’s appointment, asserting that her failure to file the required disclosures and her failure to submit the same to the Judicial and Bar Council show that she is not possessed of “proven integrity” demanded of every aspirant to the Judiciary.

In an 8-6 vote, the court granted the government’s petition to cancel Sereno’s role as Chief Justice. The court said its decision is in effect immediately but gave Sereno 10 days to appeal the decision.