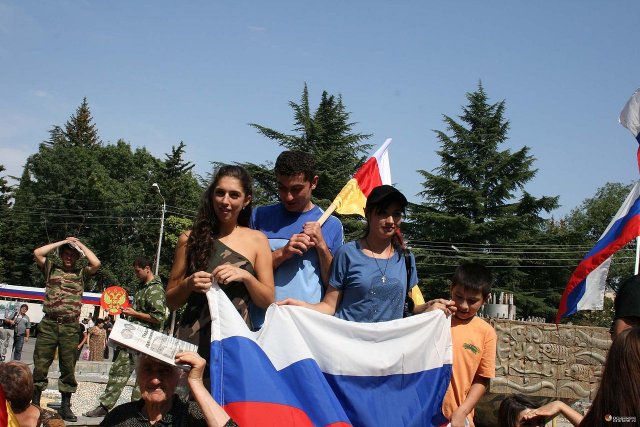 In a hearing before the European Court of Human Rights [official website] Wednesday, the Georgia government accused [press release] Russia of committing war crimes and human rights violations during the 2008 conflict [BBC backgrounder].

Georgia’s government accused Russia of more than 100 air assaults in Georgian territory. It cited evidence to show that Russia “carried out indiscriminate and disproportionate attacks,” killing and injuring numerous civilians. It also accused Russia of carrying out summary executions and destroying property.

During the arguments, Georgia government stated that thousands of Russian troops were deployed into South Ossetia and Abkhazia in an attempt to occupy its territory.

Russia conversely asserts that it attempted to act as a peacekeeper and Georgia further escalated the conflict. In 2009, a report [text, PDF] by independent experts of the EU found that former Georgia leader Mikheil Saakashvili started the war by attacking the city of Tskhinvali. The report also dismissed Georgia government’s claims that the attack was a response to a Russian invasion. The reported conclude that both sides committed human rights violations during the conflict.

The court is expected to rule later this year.