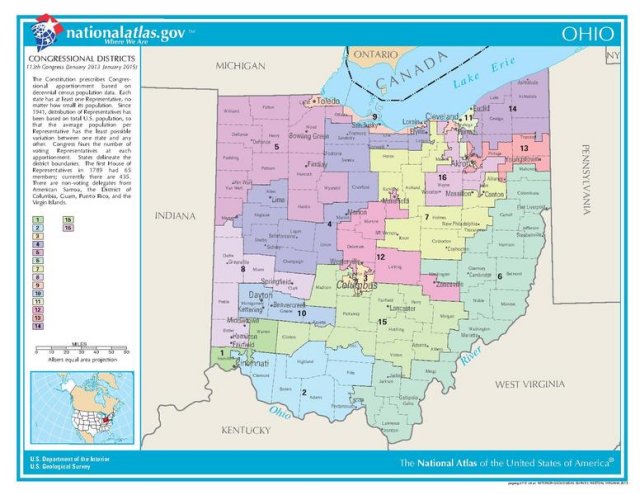 The ACLU is challenging the Ohio federal congressional map on the basis of violations of the First and Fourteenth Amendments and Article I of the US Constitution.

By entrenching the party in power and insulating it from meaningful accountability to the electorate, partisan gerrymandering substantially burdens voters’ fundamental rights, including (1) their First Amendment right to associate for the advancement of political beliefs, to express political views, and to participate in the political process … (2) their First and Fourteenth Amendment right to “cast a meaningful vote,” … and (3) their Fourteenth Amendment right to equal protection and treatment under the law. … Not only does partisan gerrymandering violate citizen’s; rights under the Constitution, it also goes beyond the powers granted to states under Article I.

In the past term, the US Supreme Court has heard two different cases on partisan gerrymandering in both Maryland and Wisconsin [JURIST reports].