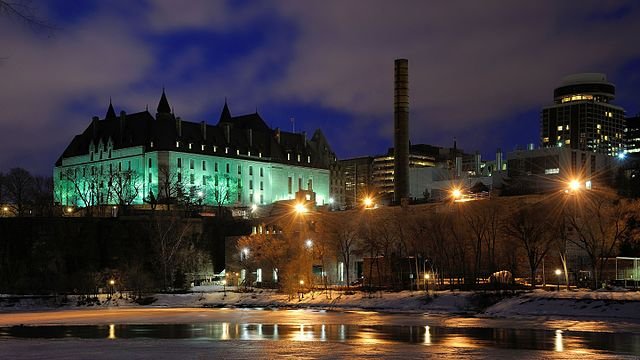 The Supreme Court of Canada [official website] on Thursday held [judgment, PDF] that a law preventing the stocking up of alcohol from another province is constitutionally valid.

In early October of 2012, Gerard Comeau drove to Québec from his home in New Brunswick to stock up alcohol. On his way back, Comeau was stopped by the RCMP with large amounts of beer and some spirits he bought in Québec. He was fined $240, plus fees. Comeau challenged the fine arguing that § 121 [text] of the Constitution Act (Constitution) [text] guarantees free trade across provincial borders. The government responded § 121 had no applicability to Comeau’s situation.

The trial court sided with Comeau and dismissed the charge and the the New Brunswick Court of Appeal dismissed the government’s request for permission to appeal. The government then appealed further to the Canada Supreme Court.

The Supreme Court unanimously reversed the Court of Appeal stating:

What does it mean for articles to be “admitted free” as stated in § 121? … If to be “admitted free” is understood as a constitutional guarantee of free trade, the potential reach of § 121 is vast. Agricultural supply management schemes, public health – driven prohibitions, environmental controls, and innumerable comparable regulatory measures that incidentally impede the passage of goods crossing provincial borders may be invalid. … The historical evidence, at best, provides only limited support for the view that “admitted free” in § 121 was meant as an absolute guarantee of trade free of all barriers. … The existence of a statutory threshold, as opposed to an absolute prohibition, suggests that the purpose of § 134(b) is not to specifically target out-of-province liquor, but to more generally prevent defined quantities of non-Corporation [i.e. non-New Brunswick] liquor from entering the liquor supply within New Brunswick’s borders. The objective of the New Brunswick scheme is not to restrict trade across a provincial boundary, but to enable public supervision of the production, movement, sale, and use of alcohol within New Brunswick. … While one effect of § 134(b) is to impede interprovincial trade, this effect is only incidental in light of the objective of the provincial scheme in general. Therefore, while § 134(b) in essence impedes cross-border trade, this is not its primary purpose.

The Supreme Court’s reversal only means that the Court of Appeal’s dismissal of the government’s permission to appeal has been struck down and the government may now proceed with its appeal from the trial court. However, the Court of Appeal will now be bound by the substantive reasoning of the Supreme Court concerning § 134(b) as it relates to the Constitution while addressing any remaining issues or arguments.