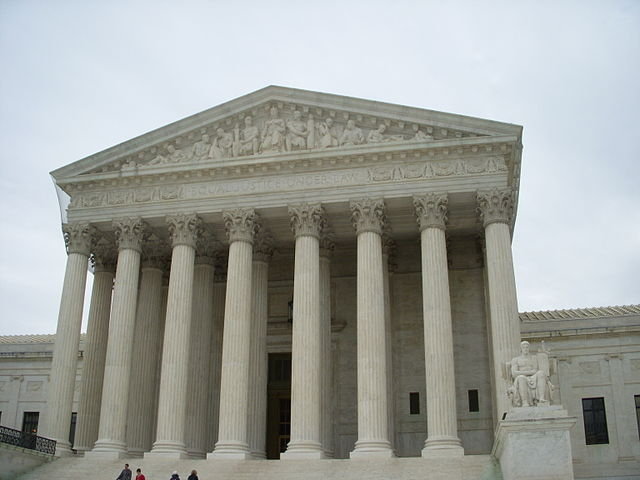 The US Supreme Court [official website] granted certiorari in three cases [order list, PDF] for its next term on Monday.

New Prime Inc. v. Oliveira [cert. petition, PDF] challenges the applicability of the Federal Arbitration Act (FAA) [materials] and presents two questions for the court to consider: whether a dispute over the applicability of the FAA’s Section 1 exemptions to the act should be adjudicated before a judge or done through arbitration; and whether the FAA’s Section 1 exemption regarding “contracts of employment” is applicable to independent contractors. Here, the respondent, an independent contractor for an interstate trucking company, acknowledges that it signed an arbitration agreement in which it agreed to arbitrate all workplace disputes with petitioner on an individual basis; however, respondent filed a putative class action in court and opposes arbitration on the basis of a Section 1 exemption.

Mount Lemmon Fire District v. Guido [cert. petition, PDF] will serve to reconcile a circuit split that has emerged regarding the interpretation of the Age Discrimination in Employment Act (ADEA) [materials]. Section 630(b) of the ADEA prohibits private employers from discriminating against employees on the basis of age if they had “twenty or more employees for each working day in each of twenty or more calendar weeks in the current or preceding calendar year.” The question presented to the court is:

Madison v. Alabama [cert. petition, PDF] addresses the death sentence of a 67-year-old man, who has been on Alabama’s death row for 30 years but no longer retains any memory of the crimes he committed as the result of suffering from dementia and multiple stokes. This petition arises in the wake of a discovery that a key expert witness of the state suffered from a narcotics addition that lead to his forging of prescriptions, one instance of such occurred four days after petitioner’s competency hearing, and his subsequent admittance into a rehabilitation facility. The state failed to disclose this information to the petitioner or any of the relevant courts, instead the state continued to rely on his expert testimony to argue against the petitioner’s claim of incompetency to stand for execution. The issues presented to the Court revolve around the US Constitution’s Eighth Amendment [materials] prohibition against cruel and unusual punishments, and whether, given petitioner’s mental and physical state, his execution would violate it.