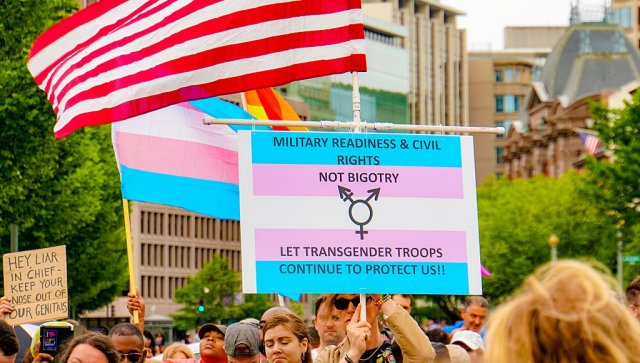 Pechman considered four factors in deciding whether to grant the preliminary injunction: “(1) the likelihood of success on the merits; (2) the likelihood of irreparable harm in the absence of an injunction; (3) the balance of equities; and (4) the public interest.” The court found the plaintiffs satisfied all four factors and a preliminary injunction was appropriate to stall implementation of the ban and allow the court to resolve the claims for each constitutional issue.

The plaintiffs in this case are nine current and potential transgender military members, along with three organizations and the state of Washington. This case is one of three filed in federal courts challenging Trump’s transgender military ban. The other two cases [JURIST report] are pending in Maryland and DC federal courts. Pechman’s ruling aligns with the other two court rulings and the ban’s original January 1 start date will be postponed until further proceedings conclude.