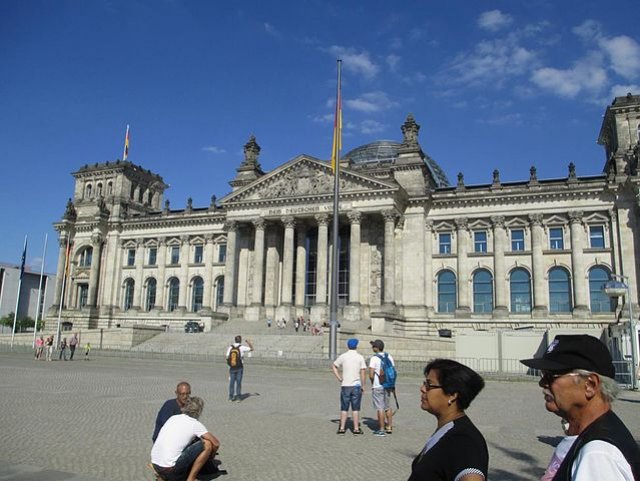 Germany’s new same-sex marriage law took effect on Sunday, allowing Karl Kreile and Bodo Mende, a couple for 38 years, to be the first same-sex couple to marry in the country. The couple was married in a civil ceremony at the town hall in Schöneberg, Berlin.

The law, which had strong public support, was enacted [JURIST report] in June by a large margin, making Germany the fifteenth European nation to legalize same-sex marriage after Chancellor Angela Merkel [official website] changed her conservative stance [NYT report] on the issue and asked lawmakers to vote with their conscience, instead of party lines.

The law marks change for Germany, as the country has a long history [Reuters report] of enacted anti-homosexual legislation. In 1871, homosexuals were convicted under paragraph 175 [text] of Germany’s criminal code, which was later broadens under the Nazi regime. Homosexuality was not decriminalized until 1969.

There are about 43,000 registered partnerships [AP report] in Germany in 2015, and most are expected to be converted into marriages.