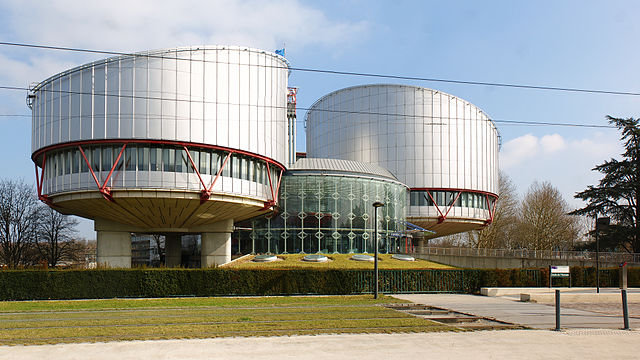 The European Court of Human Rights (ECHR) [official website] on Wednesday ruled 11-6 [judgment] that unrestricted monitoring of an employee’s communication by his or her employer constitutes a violation of Article 8 of the European Convention on Human Rights (Article 8) [text, PDF], concerning the “right to respect for private and family life.” This ruling concerns a 2007 incident [press release, PDF] wherein a private company in Romania was monitoring the Yahoo! Messenger communications of its employee, Bogdan Mihai Bărbulescu, who was asked to create the messenger account to respond to client inquiries. Bărbulescu used the messenger for personal purposes in addition to using it for business purposes. This resulted in Bărbulescu’s immediate termination from his employment. Bărbulescu unsuccessfully challenged the company’s decision in the courts of Romania, and the Court of Appeal dismissed his appeal in June 2008 stating that the company had acted reasonably under the circumstances. Bărbulescu then filed the case with the ECHR relying on Article 8, and once again lost the case in the lower chamber, which ruled that there was no Article 8 violation and that the Romania courts struck a fair balance between the Bărbulescu’s right to respect for his private life and his employer’s interests. The case came to the Grand Chamber in June 2016, which disagreed with the lower chamber’s conclusions stating that “an employer’s instructions cannot reduce private social life in the workplace to zero.” The Court added that the Romania courts failed to examine whether Bărbulescu had been provided sufficient notice of potential monitoring of his communications, the degree of intrusion into Bărbulescu’s private life through real time monitoring, whether there was a legitimate reason for the monitoring, and whether less intrusive methods could have been used to accomplish the intended purpose of detecting violations of the company’s regulations. Thus, the Grand Chamber concluded that the Romania courts failed to strike a balance between the competing interests, and Article 8 was indeed violated.

Privacy has been a contentious topic around the world in the past two years. In June, Japan’s parliament passed [JURIST report] a controversial “anti-conspiracy” bill aimed at improving security and combating terrorism that critics claim will violate privacy rights. In May, Germany’s Federal Court of Justice [official website] ruled [JURIST report] that government websites can store personal data as long as they provide adequate justification. The same month, the Nevada Senate [official website] approved [JURIST report] a bill requiring Internet providers to disclose what types of personal information they collect from users. In April, JURIST Guest Columnist Andreas Kuersten discussed [JURIST op-ed] the flawed reasoning of a legislation signed earlier this year that allows Internet Service Providers to sell customers’ personal information without their consent. Also in April, a group of US Senators introduced [JURIST report] a bipartisan bill to require government agents to get a warrant when searching electronic devices of US citizens at the border.