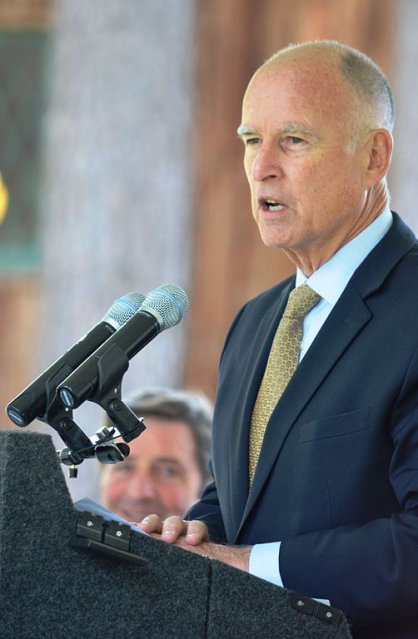 California Governor Jerry Brown [official website] has been credited [press release] with pushing through legislation Monday to extend the state’s cap and trade program another 10 years. Bills AB 398 and AB 617 [materials] were passed by the California legislature with the support of more than 150 community leaders and groups, including those of environmental and public health. The program is aimed at reducing green house gas levels to 40% below the 1990 level statewide. The program is also crafted to keep up with changing technology resources while staying economically feasible.

According to many experts, climate change [JURIST backgrounder] as a result of global greenhouse gas emissions is one of the most pressing and controversial environmental issues facing the international community today. In June President Donald Trump announced [JURIST report] that the US will no longer be part of the Paris climate accord. In November, for the first time in history, governments around the world agreed to legally binding limits on global temperature rises as the Paris Agreement on climate change became effective [JURIST report]. In October the threshold for entry into force of the Paris Agreement was achieved [JURIST report]. The threshold of 55 parties making up more than 55 percent of global greenhouse gas emissions triggered the entry into force of the agreement.