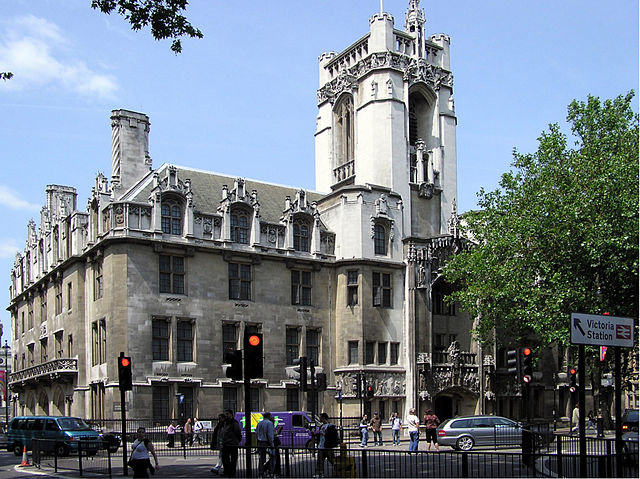 The UK Supreme Court [official website] ruled [judgment, PDF] on Wednesday that women from Northern Ireland are not entitled to abortions under the England’s National Health Services (NHS) [official website]. In a 3-2 decision, judges dismissed the appeal of a mother and daughter who spent over £900 for an abortion at a private clinic. The daughter, who cannot be named for legal reasons, became pregnant at 15 and was not eligible for an abortion in Northern Ireland where abortion laws are much stricter [BBC report] than the rest of the UK. Pregnancy terminations are only permitted in NI if there is a serious risk to the mother’s health. There are no exceptions for rape, incest or fetal abnormalities. The mother and daughter filed suit against UK Health Secretary Jeremy Hunt who has the ability to allow NI residents access to abortion covered by the NHS but refused to do so. Grainne Teggart, Campaign Manager for Amnesty International in Northern Ireland [advocacy website] was critical of the ruling [press release], stating:

This is a further blow to women from Northern Ireland, who already face some of the harshest abortion laws in Europe. This ruling means that women and girls from Northern Ireland will continue to be treated as second class citizens. As ever, it is the most marginalised women who will be worst affected.

The mother and daughter have said they will take the case to the European Court of Human Rights [official website].

Female access to equitable healthcare services has been a contentious and evolving battle throughout the world, especially with regards to reproductive and sexual health. Earlier this week the UN Human Rights Committee [official website] found [JURIST report] that Ireland must remedy harm done to a woman in 2010 after denying her an abortion. Under threat of President Trump’s vow to overturn Roe v. Wade, the Delaware legislature [official website] approved a bill [JURIST report] that guarantees access to abortion. Last June the UN Working Group on Discrimination against Women in Law called on [JURIST report] the world’s governments to take quick, effective steps towards ensuring women are granted equal rights to health. The report refers to the “instrumentalization” of women in the healthcare system, in particular the “subjection of women’s natural biological functions to a politicized patriarchal agenda.” Earlier that month independent experts for the UN found [JURIST report] a woman faced “inhumane treatment” while seeking an abortion procedure in Northern Ireland. In the press release, the experts called upon countries to more effectively balance the rights of the fetus with the rights of the woman, viewing her as more than just a mechanism for child-bearing. In February, UN Secretary-General Ban Ki-Moon urged [JURIST report] all countries to eliminate the practice of female genital mutilation by 2030.