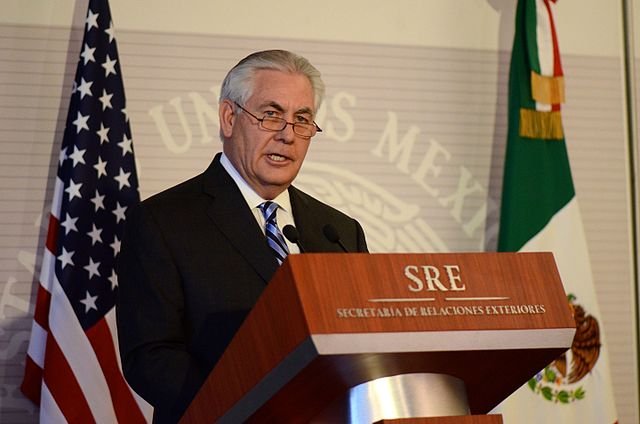 US Secretary of State Rex Tillerson on Thursday signed [press release] the Fairbanks Declaration [text] to affirm protection of the arctic climate. The move was a part of the 10th Arctic Council Ministerial Meeting [official website], with goals to maintain peace, stability and constructive cooperation in the Arctic. The signing of the declaration included reaffirming the threat of climate change and a promise to work together to solve issues facing the Arctic region.

Note again that the Arctic is warming at more than twice the rate of the global average, note with concern that the pace and scale of continuing Arctic warming will depend on future emissions of greenhouse gases and short-lived climate pollutants, reiterate the importance of global action to reduce both greenhouse gases and short-lived climate pollutants to mitigate climate change, and call for the Arctic Council to undertake additional analyses to contribute to the assessment reports of the Intergovernmental Panel on Climate Change and continued collaboration with all levels of governments

The measure is not binding on the US or any partner.