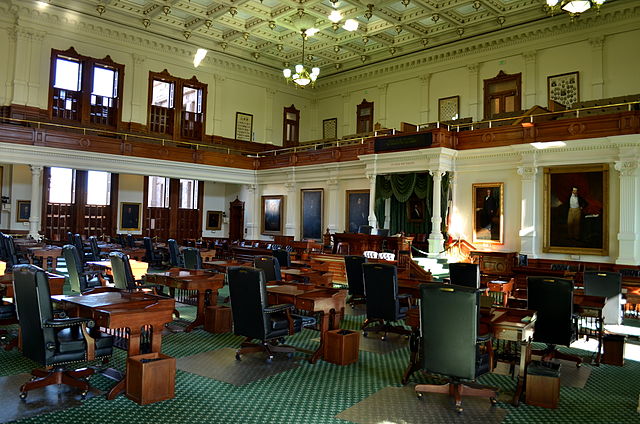 The Texas Senate approved a bill on Wednesday that would effectively ban so-called sanctuary cities, requiring cities to be in compliance with federal immigration law. SB 4 [text] would require law enforcement in cities and on college campuses to hold an arrested person in custody until immigration officials look into their immigration status. It would also allow victims of crimes to sue local officials who release immigrants suspected of being in the country without documentation. The author of the bill, Senator Charles Perry [official profile] stated [Texas Senate report], “my majority of citizens, immigrants or non, illegal or undocumented, all want a system of law that is applied blindly and without prejudice for all involved.” The bill passed the Senate by a vote of 20-10 and will now move on to the Texas house for consideration. Critics of the bill have stated that it will not make cities safer. Travis County Sheriff Sally Hernandez told [CNN report] CNN, “our community is safer when people can report crimes without fear of deportation”. The Texas Branch of the American Civil Liberties Union (ACLU) has vowed to stop the bill, after a full analysis of the impact.

Sanctuary cities have become a very polarized topic in the US, with cities and the federal government sometimes taking different positions. Hugh Spitzer of the University of Washington School of Law spoke on the effect [JURIST op-ed] the Supreme Court might have when it comes to deciding the power divide on the issue. Last week the City of San Francisco filed a lawsuit against the Trump administration over an executive order that would cut federal funding [JURIST report] from sanctuary cities. San Francisco’s police chief was sued, in January, by an undocumented El Salvadorian over the cities own sanctuary city [JURIST report] protection laws. Also in January the Attorney General for the State of New York proposed, what he believed to be, model language [JURIST report] for cities to use in regards to sanctuary cities.