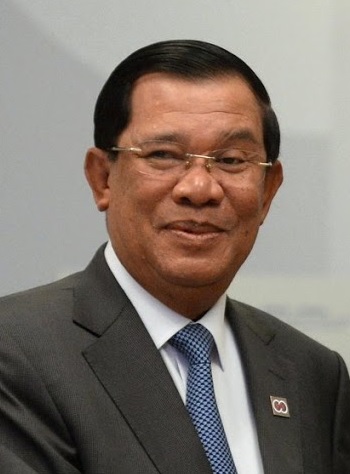 [JURIST] A new law passed on Monday by Cambodia’s parliament gives the Supreme Court the power to dissolve any political parties it finds unconstitutional. This law is seen [AFP report] as an attempt by Cambodian premier Hun Sen [BBC profile] to crack down on rival political parties before the 2018 election. Phil Robertson [official bio], the Deputy Director of Human Rights Watch [advocacy website] Asia division said in a statement [text], “The passage of these amendments marks the final consolidation of absolute power in the hands of PM Hun Sen and the ruling Cambodian People’s Party. This day will be remembered for the triumph of dictatorship over the dream of the Paris Peace Accords for a rights respecting, multi-party democracy.” Parliamentary spokesperson Leng Peng Long denies that the law will be used to target political opponents and says the new law applies to all political parties.

The lack of transparency in the Cambodian legislature and contention between political parties have caused international concern. In January UN rights experts called for [JURIST report] immediate release of 5 human rights defenders. In September a spokesperson from the UN Office of the High Commissioner for Human Rights expressed concern [JURIST report] regarding the intimidation of opposition politicians and peaceful protesters in Cambodia. The prime minister of Cambodia filed a lawsuit [JURIST report] in August alleging defamation against an opposition leader and opposition party leader. In June the Cambodian parliament voted [JURIST report] to allow the Phnom Penh Municipal Court to open an investigation into opposition leader Kem Sohka regarding his alleged involvement with a prostitute.