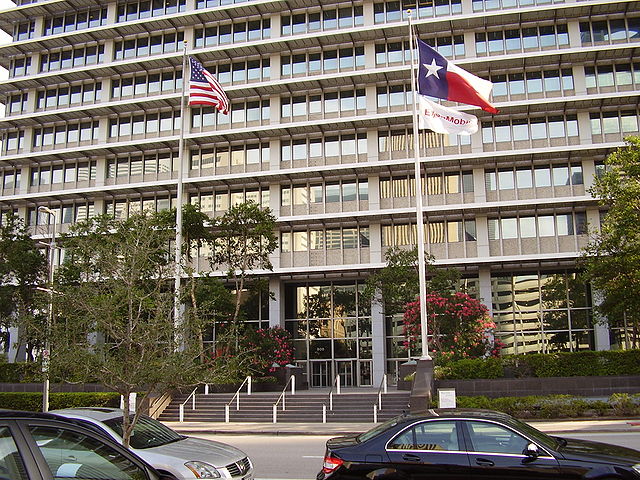 [JURIST] The Suffolk Superior Court in Massachusetts ordered [opinion, PDF] on Wednesday Exxon Mobil [corporate website] to turn over 40 years’ worth of documents on climate change. This ruling stems from a Civil Investigative Demand (CID) [text, PDF] issued by Massachusetts Attorney General Maura Healy [official website]. Judge Heidi Brieger denied Exxon an emergency motion for a protective order that would have at least temporarily blocked Healey’s inquiry into Exxon’s knowledge and internal research on climate change. Exxon Mobil has also filed a complaint [complaint, PDF] for preliminary injunction in the US District Court for the Northern District of Texas [official website] in Fort Worth to bar enforcement of the CID and requested a declaration that this case violates its federal constitutional rights. Brieger stated in her opinion that “[t]his matter involves the Massachusetts consumer protection statute and Massachusetts case law arising under it, about which the Massachusetts Superior Court is certainly more familiar than would be a federal court in Texas.”

Climate change and its connection to fossil fuel companies has been prevalent in legal news in recent months. In December Murray Energy Corporation [official website], the largest privately owned coal company in the US, filed [JURIST report] a lawsuit in an attempt to block new regulations promulgated by the Office of Surface Mining, Reclamation and Enforcement [official website]. The same month President Barack Obama [official profile] announced [JURIST report] a ban on offshore drilling in almost 120 million acres of federally owned Arctic and Atlantic waters. A judge for the US District Court for the District of Oregon ruled [JURIST report] in November that a lawsuit against the US federal government over failure to limit the emission of greenhouse gasses could proceed.