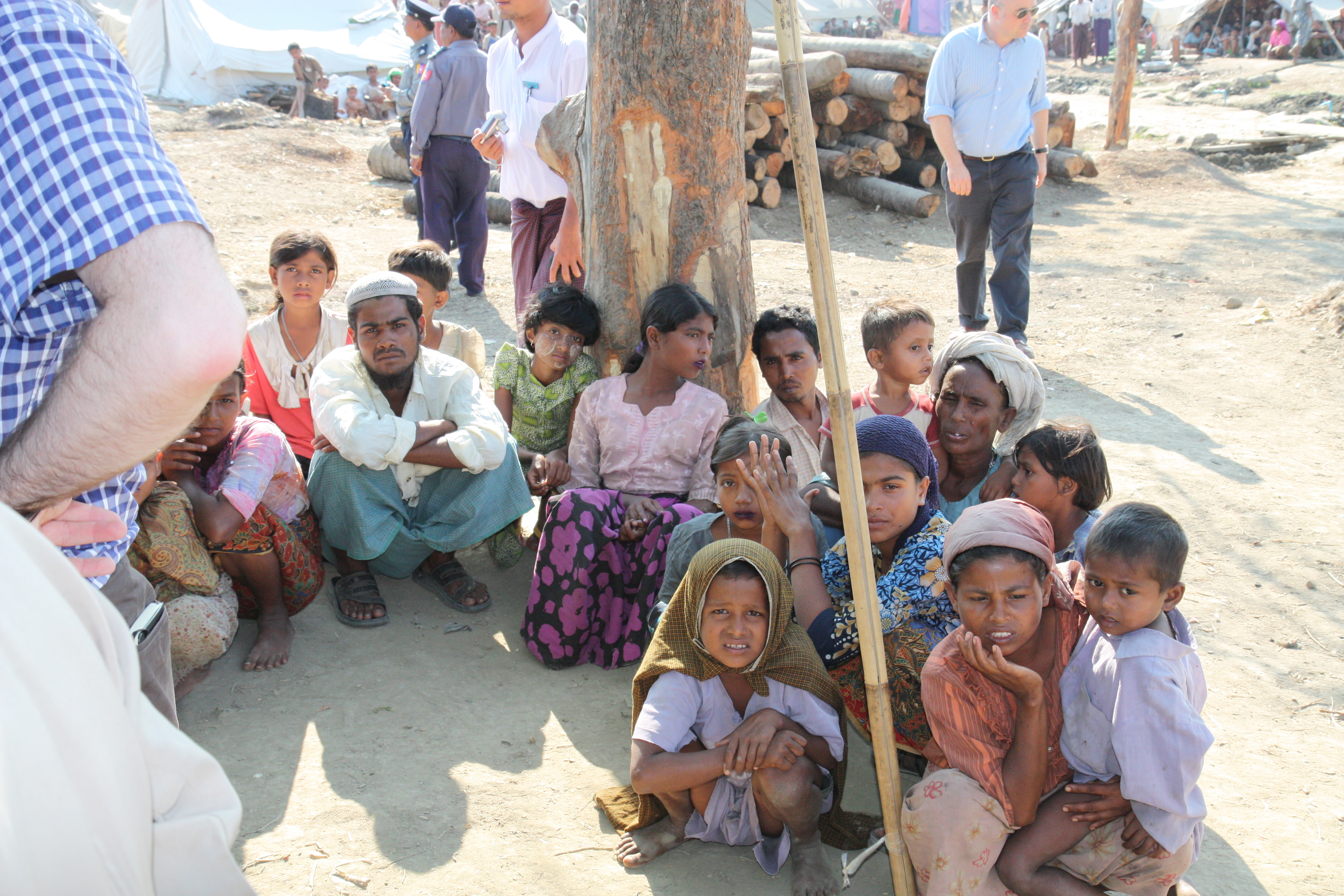 The Office of the UN High Commissioner for Refugees (UNHCR) [official website] called upon [press briefing summary] the Myanmar government Friday to take immediate action in addressing human rights and humanitarian concerns in the northern part of the Rakhine state. UNHCR spokesperson Adrian Edwards said they were calling upon the government “to ensure the protection and dignity of all civilians on its territory in accordance with rule of law and its international obligations.” Tens of thousands of civilians have been forced to flee their homes due to a major security operation in response to armed attacks on border posts in October. As a result, numerous minority groups have been subjected to various human rights violations [press release] including torture, rape, sexual assault, summary execution and destruction of mosques and homes. Ethnic Rakhine Buddhists and Rohingya Muslims have faced the brunt of these human rights violations. In addition, many of the country’s humanitarian programs providing food, shelter, and education have been halted and civilians have found themselves in the middle of ongoing military attacks. In an attempt to address these concerns, the UNHCR has pleaded with the government of Bangladesh to keep its borders with Myanmar open in order to facilitate safe passage of Myanmar refugees. UN Special Rapporteur on the human rights situation in Myanmar, Yanghee Lee [official profile], also expressed displeasure [press release] with the government’s inaction in regards to addressing the deteriorating human rights situation in Myanmar. Specifically she said the “security forces must not be given carte blanche to step up their operations under the smokescreen of having allowed access to an international delegation.” Lee also voiced concern that the Myanmar government has not investigated the human rights violations.

Human rights has been on the forefront of Myanmar’s new democratic government since ending a decades-old military rule. In June a UN expert presented [JURIST report] a report on religious, free market, political, and nationalist or cultural fundamentalism, stating that fundamentalist intolerance is growing throughout the globe and is directly contributing to infringements of the rights to association and peaceful assembly. Early this month, UN Secretary-General Ban Ki-moon expressed [JURIST report] shock at the increasing number of children recruited and killed in armed conflicts in several countries; the government of Myanmar alone released [JURIST report] 46 underage child recruits from the military in March as part of a UN join action plan made in 2012. In May Human Rights Watch urged [JURIST report] the Myanmar Parliament to reconsider a proposed law that they say has the advocacy organization says has the potential to limit free expression and peaceful assembly. Also in May US Secretary of State John Kerry offered support to Myanmar’s newly democratic government and urged [JURIST report] the country to push more democratic reform and address human rights issues.