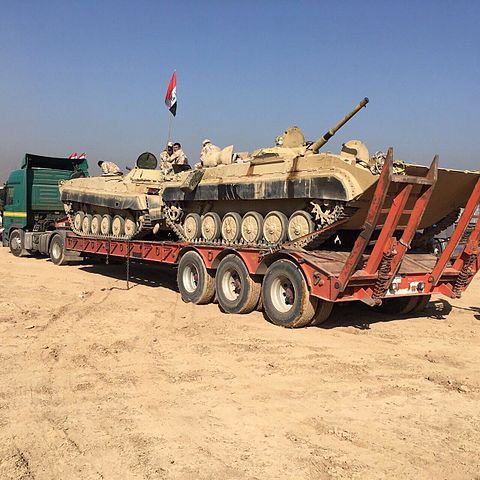 The Parliament of Iraq [official website] on Saturday voted to give militias fighting Islamic State” (IS) militant group legal status in the country. The 208 votes allow Popular Mobilization Units (Hashd Al-Sha’abi) [GlobalSecurity backgrounder] to fight the militant group throughout the country as long as they keep their identity and character [DW report]. The bill legitimizes and recognizes[Aljazeera report] the militia as an extension of the state, as they will now receive pensions and instructions from government leaders. Opponents to the bill note that “mobilization forces” are traditionally Shiite, and have in the past fought against Sunni Iraqis. Many fear the authorization will allow the militias to continue the sect fighting [JURIST report] with the blessing of the government. However the the new security forces state they are trying to secure Iraq from IS attacks, and will prove any detractors wrong. So far the Forces have been a formidable weapon [PressTV report] against the militant group after the US draw down.

The battle against the Islamic State wages on, simultaneously creating human rights and policy concerns. IS has used chemical weapons more than 52 times in Syria and Iraq since 2014, according to a report released [JURIST report] earlier this month by London-based analytical group IHS Markit. Shortly before, UN High Commissioner for Human Rights Zeid Ra’ad Al Hussein called for [JURIST report] immediate action for the victims of IS, to ensure their rights are upheld in Iraq. Human Rights Watch urged [JURIST report] Iraqi military commanders to prevent historically abusive militias from participating in the campaign to retake the city of Mosul from the Islamic State in July.