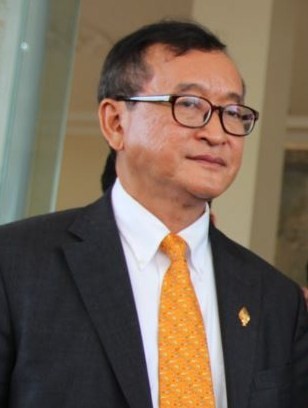 The government of Cambodia formally exiled opposition leader Sam Rainsy, president of the opposition Cambodia National Rescue Party (CNRP) [party website, in Khmer], after the cabinet ordered the nation’s immigration officials to prevent him from entering the country. Rainsy has lived in self-imposed exile [TIME report] in France since 2015 and is wanted for defamation, forgery, and incitement charges in Cambodia. In response, Rainsy insisted [Khmer Times report] that he will return to Cambodia and claimed that Prime Minister Hun Sen [official website, in Khmer] does not want him to participate in political process. He also argued that the government’s move violates international law as well as their constitution.

The lack of transparency in the Cambodian legislature and contention between political parties have caused international concern. In August the prime minister of Cambodia filed a lawsuit [JURIST report] alleging defamation against Rainsy. In June the Cambodian parliament voted [JURIST report] to allow the Phnom Penh Municipal Court to open an investigation into opposition leader Kem Sohka regarding his alleged involvement with a prostitute. Last November the UN Special Rapporteur on the situation of human rights in Cambodia, Rhona Smith, warned [JURIST report] that the increasing polarization of the political parties in Cambodia is reaching a breaking point. That same month Rainsy was removed [JURIST report] as a member of the country’s National Assembly. The UN Office of the High Commissioner for Human Rights expressed concern [JURIST report] over the “organized attack” on opposition politicians in Cambodia the previous month.