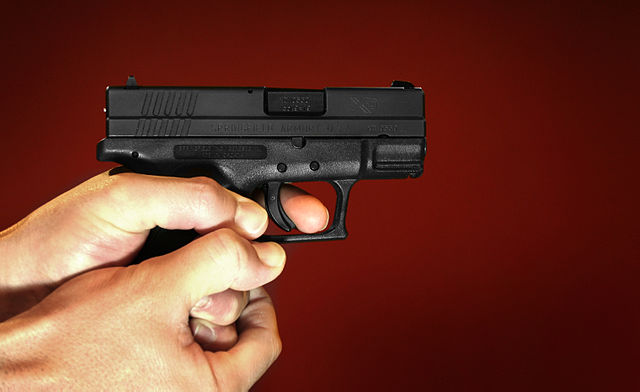 The US Court of Appeals for the Third Circuit [official website] on Thursday restored [opinion, PDF] gun ownership rights of two individuals convicted of minor crimes. One of these individuals was 41-year-old Daniel Binderup, who was convicted of having a sexual relationship with a 17-year-old female employee at his bakery. Binderup was aware that the employee was a minor, but the legal age of consent in Pennsylvania at the time was 16. Binderup only served three years probation in addition to being required to pay a $300 fine, court costs and restitution. The other individual was Julio Suarez, previously convicted of being in possession of a firearm without a permit and of a separate DUI charge. Both individuals successfully challenged the state prohibitions against their ownership of firearms in Pennsylvania in 2009, but the federal prohibition continued to this date. The appeals court concluded that Suarez and and Binderup have “rebutted the presumption that they lack Second Amendment rights by distinguishing their crimes of conviction from those that historically led to exclusion from Second Amendment protections” and that “the Government has failed to present sufficient evidence to demonstrate under even intermediate scrutiny that it may, consistent with the Second Amendment, apply § 922(g)(1) to bar Binderup and Suarez from possessing a firearm in their homes.” Counsel for Binderup and Suarez stated that they expect the Department of Justice to appeal the ruling.

Gun control and the Second Amendment continue to be controversial topics across the US. Earlier this month the New Jersey Second Amendment Society filed [JURIST report] a lawsuit against the state’s Attorney General in New Jersey’s district court alleging the state’s stun gun ban is unconstitutional. In June the Supreme Court ruled [JURIST report] that a state law conviction on reckless domestic assault is sufficient to bar possession of a firearm under federal law. Earlier in June Hawaii Governor David Ige signed a bill [JURIST report] requiring gun owners to be listed on an FBI database, notifying police if a Hawaii citizen is arrested in another state and providing a continuous criminal record check on those individuals seeking to possess a firearm. Also in June the US Supreme Court denied certiorari [JURIST report] in two separate cases challenging bans on assault-style weapons. The court denied the appeals without comment, letting stand lower court rulings that had upheld the bans [JURIST report] as constitutional. In response to the mass killing in Orlando in June, the UN’s top human rights official urged [JURIST report] the US to increase its gun control measures. The US Court of Appeals for the Ninth Circuit held [JURIST report] in June that the right to carry a concealed gun is not within Second Amendment right to bear arms.