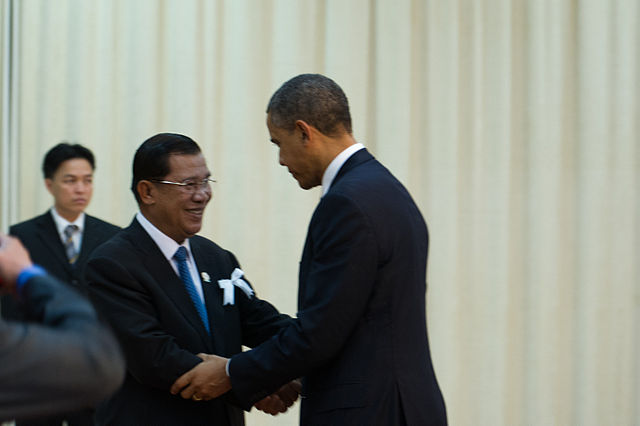 The prime minister of Cambodia filed a lawsuit alleging defamation against an opposition leader and opposition party leader on Monday. Primer Minister Hun Sen’s lawyer filed [VOA report] suit against Cambodia National Rescue Party (CNRP) President Sam Rainsy for posting on Facebook that “the fatal shooting of Kem Ley today is another terrorist act organized by the authorities.” A separate lawsuit was also filed against CNRP Senator Thak Lany for allegedly saying [Khmer Times report] during a public forum that she did not know “what [the Prime Minister] is thinking—Suddenly he killed Kem Ley, a political analyst.” The lawsuits seek a 100 riel fine, approximately 2 cents in US dollars, and argue that both statements were defamatory and negatively impacted Hun Sen’s reputation. Kem Ley was a popular political analyst, spoke critically of the government, and was shot and killed on July 10. The lawsuit is widely considered [RFA report] a maneuver by the ruling party to suppress the opposition ahead of the local elections scheduled next year.