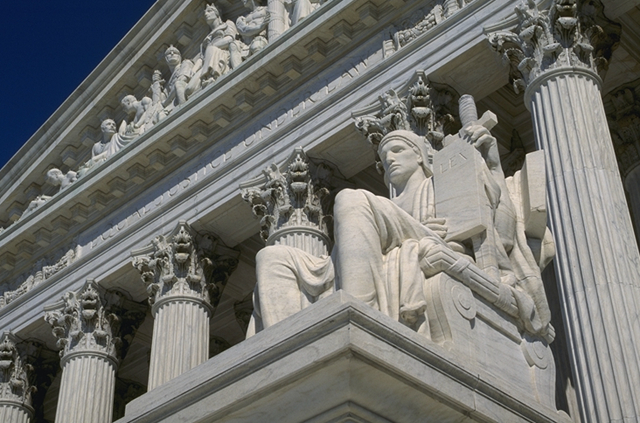 [JURIST] The US Supreme Court [official website] ruled [opinion, PDF] 6-2 Tuesday in Franchise Tax Board v. Hyatt [SCOTUSblog materials] that Nevada may not apply a state law that would allow damages against California that are greater than damages that can be awarded against Nevada in similar circumstances. The court held that Nevada cannot refuse to extend to other states haled into Nevada courts the same immunities Nevada enjoys without violating the constitutional Full Faith and Credit Clause [text]. In a separate issue, the court evenly split over the issue of whether Nevada v. Hall [materials] should be overruled, which means the lower court’s decision will remain in place. That case held that one state can allow a citizen to bring a private lawsuit against another state without that state’s consent—Nevada and California respectively here. Before this appeal, the Supreme Court of Nevada [official website] ruled [opinion, PDF] that Nevada’s exercise of jurisdiction over California was permitted. The case at hand arose when Hyatt allegedly moved from California to Nevada in 1991, but the California Franchise Tax Board claims he moved in 1992 and owes taxes to the state of California. Hyatt filed suit against California in a Nevada state court, seeking damages for the alleged abusive audit.