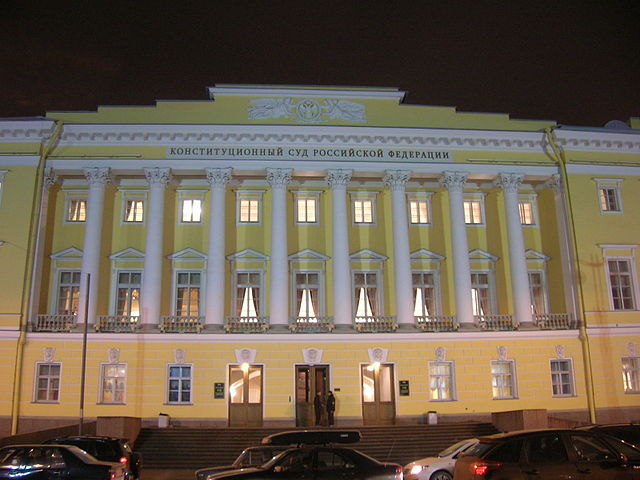 Human Rights Watch (HRW) [advocacy website] reported [press release] Tuesday that Russia’s Constitutional Court has rejected a binding decision of an international human rights body as “non-executable.” The European Court of Human Rights (ECHR) ruled [judgment] in 2013 that Russia must reform an absolute ban on voting rights for prisoners. The ECHR had decided that Russia’s absolute ban on prisoners voting pursuant to Article 32 § 3 of that country’s constitution was incompatible with the European Convention on Human Rights. The Russian Constitutional Court said [Meduza report] that the ECHR has no right to demand changes to the Russian constitution and that the earlier ruling by the ECHR may be “partially” satisfied [RAPSI report] in Russia. The court stated that the ECHR ruling could be satisfied in terms of “general actions aimed to ensure justice, proportionality and differentiation in restriction of inmates’ voting rights” and that the legislature could “change certain regimes of confinement [and through] alternative punishment which does not lead to restriction of voting rights”. However, the court rejected the ECHR ruling demanding voting rights be returned to the Russian nationals that served as the parties involved in the earlier ECHR case that serves as the origin of the current controversy. Russia passed [HRW dispatch] a law in 2015 that permits the Constitutional Court to reject rulings of international human rights bodies if the court find that the ruling contradicts the Russian Constitution.

The ECHR issued a similar ruling in 2014, finding that the UK’s ban on prisoners voting violated their human rights [JURIST report]. In October 2013 the Supreme Court of the UK had upheld [JURIST report] the law that banned inmates from voting.