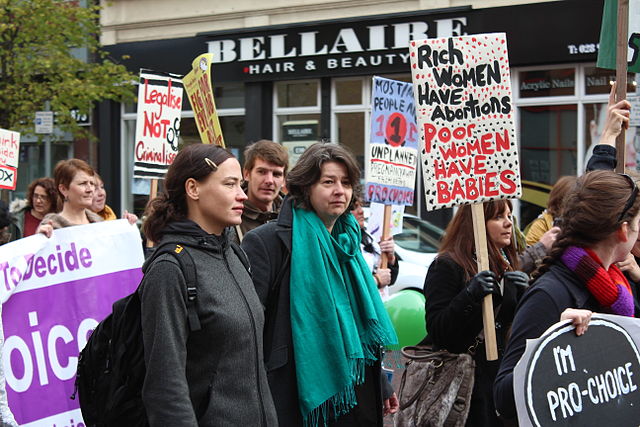 [JURIST] A judge for the High Court in Belfast [official website] on Wednesday declared [judgment] that Northern Ireland’s abortion laws, which only allow abortion when the mother faces the risk of death or serious injury, are not compatible with human rights laws. Judge Mark Horner’s decision [NYT report], which echoes a ruling he issued last month [JURIST report], does not mandate a change in the law but rather pushes the Parliament of Northern Ireland [official website] to agree on new abortion legislation. Last month Horner held that by failing to provide exceptions for women who have been victims of sexual abuse and cases in which a fatal fetal abnormality is present during the pregnancy, Northern Ireland had violated Article 8 of the European Convention on Human Rights [text]. Horner noted in his prior decision that it did not establish a “general right” to abortion, as no such right exists except in limited circumstances.

Abortion [JURIST backgrounder] remains controversial topic in both Northern Ireland and the neighboring state of Ireland. Earlier this year Amnesty International said Ireland’s abortion laws threaten the lives [JURIST report] of women who choose to remain in the country. Last December the High Court of Ireland ruled [JURIST report] that a pregnant woman may be removed from life support, concluding that the life of an unborn child must be prioritized. Also that month the Northern Ireland Human Rights Commission announced that it had planned to file a lawsuit [JURIST report] challenging the region’s law against abortions. Northern Ireland’s current abortion law was proposed shortly after the 2013 death of Savita Halappanavar [BBC report], a 31-year-old dentist who was denied a potentially life saving abortion. Following her death, Ireland’s Deputy Prime Minister Eamon Gilmore [official website] pledged [JURIST report] to bring “legal clarity” to the country’s abortion laws.