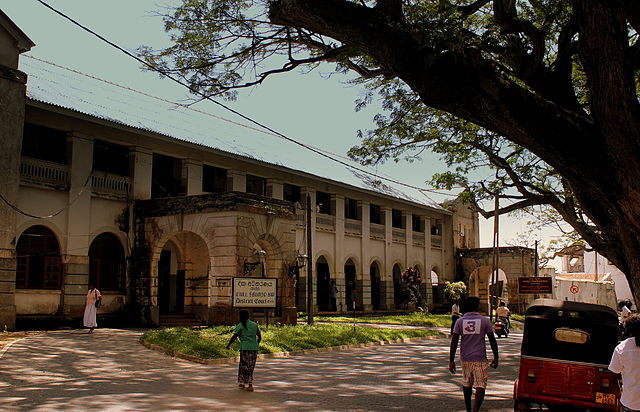 [JURIST] A Sri Lankan panel led by retired judge Maxwell Paranagama presented a report [text, PDF] to parliament on Tuesday, concluding that allegations that Sri Lankan troops committed war crimes are credible. He said that there is enough evidence in the footage captured by the Channel 4 documentary “No Fire Zone” to suggest that prisoners were indeed tied naked, blindfolded and shot dead by soldiers. At the time of the documentary’s release in November 2013, the Sri Lankan military claimed it was a false representation of what happened. The panel in charge of the probe also added that despite conflicting evidence, an independent judge-led investigation should commence to investigate the execution and illegal killings of top members of the Liberian Tigers of Tamil Ealam (LTTE) [CFR backgrounder]. The panel also added a recommendation that international judges should play a role in this conflict to ensure credibility of any investigation into war crimes. The 26-year war left nearly 100,000 dead and President Maithripala Sirisena [official website] has pledged to set up a domestic Truth and Reconciliation Commission to prosecute all those alleged to have committed war crimes, including crimes against humanity.

The UN released a report in September finding that war crimes may have been committed [JURIST report] during the Sri Lankan civil war. Just a few weeks ago the UN Human Rights Council (UNHRC) [official website] adopted a resolution [JURIST report] encouraging the government of Sri Lanka to investigate violence toward human rights activists and minority groups, and create a scheme for reporting violations of human rights and humanitarian law. Last month the president of Sri Lanka rejected [JURIST report] a UN recommendation for international involvement in its domestic investigation of the war crimes. The UN report came amid mounting pressure on the Sri Lankan government from human rights groups and the international community to investigate and prosecute abuses during the conflict with the LTTE.