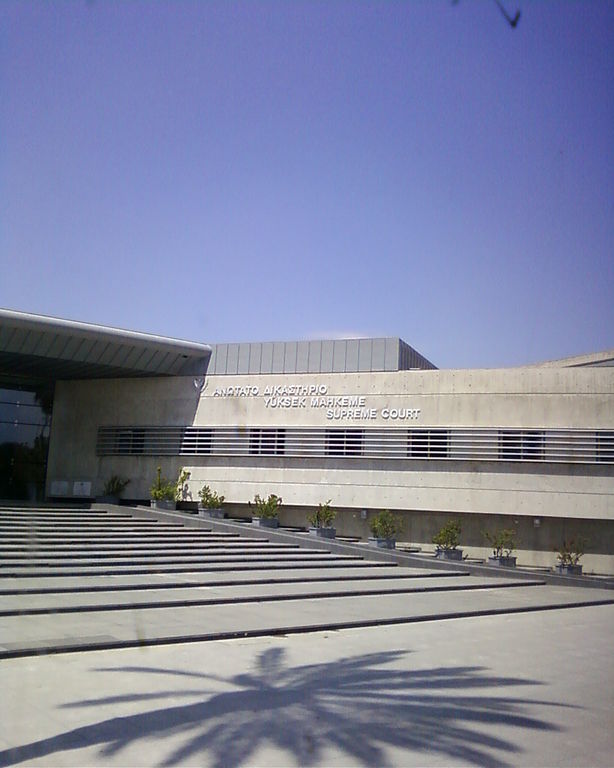 [JURIST] The Supreme Court of Cyprus [official website] unanimously ruled [judgment, DOC, in Greek] Thursday that Deputy Attorney General Rikkos Erotokritou should be impeached for his inappropriate actions when he accused Attorney General Costas Clerides [official website] of bribery during a nationally televised press conference in April. The court concluded that publicly announcing these serious, criminal and unfounded allegations was “false, morally reprehensible, and unacceptable” and amounted to inappropriate behavior. Furthermore, the court wrote that Erotokritou “does not seem to … underst[and] the nature, size and scope of the slip, thus indicating at least a substantial lack of judgment and self-control.” Finding that such behavior poses a threat to the office and the public interest, the court held that Erotokritou should be immediately removed from his position. This was a case of first impression in Cyprus, as no other senior official has been authorized by the court for dismissal due to misconduct. This decision to impeach is legally binding on the president of Cyprus.

Misconduct among public officials remains an issue worldwide. Last month the head of the UN peacekeeping mission in the Central African Republic [BBC backgrounder] resigned [JURIST report] amid reports of sexual exploitation committed by members of the mission. In May 14 top FIFA [official website] officials were charged [JURIST report] with offenses including racketeering, money laundering and bribery, alleging that the men solicited more than $150 million in bribes and kickbacks to support various sites of FIFA World Cup events. Also in May, five of the world’s largest banks pleaded guilty [JURIST report] to manipulating the rates on the foreign exchange market.