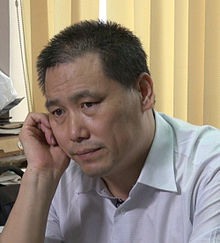 [JURIST] Chinese prosecutors on Friday said that prominent human rights lawyer Pu Zhiqiang has officially been indicted on charges of fanning ethnic hatred and provoking trouble for comments that he posted online. He has already been detained for one year. A more severe charge of inciting divisions and a charge of illegally obtaining personal information were dropped [Al Jazeera and AP report] by prosecutors. In a statement the Beijing prosecutors’ office said that the human rights lawyer should face criminal prosecution for comments he made on social media and his microblog, which has since been shut down by authorities, that they view as a disruption of social order. The US State Department[official website] urged [press statement] Chinese authorities to release Pu earlier this month and respect his rights in accordance with the country’s international human rights commitments, but China refused to release him. According to one of Pu’s lawyers, the charges could result [NYT report] in a maximum sentence of 10 years, though it is unlikely that such a sentence will be imposed. Pu continues to reject the charges and maintain his innocence, asserting that the case is baseless and politically motivated.

Pu was detained [JURIST report] last May on a charge of “causing a disturbance” after he attended a weekend meeting that urged an investigation into the 1989 crackdown of pro-democracy protests in Tiananmen Square. In June a Chinese court denied [JURIST report] him bail. The Tiananmen protests began in April 1989 with mainly students and laborers protesting the Communist Party of China. The Chinese government declared martial law in May and initiated the violent dispersal of protesters by the People’s Liberation Army on June 4. The Chinese government has never publicized official figures, but the Hong Kong-based Information Center for Human Rights & Democracy [advocacy website] reported last year that unnamed sources had estimated 600 people were killed [ICHR report, in Chinese]. In 2012 Chinese authorities detained hundreds of activists [JURIST report] in Beijing marking the twenty-third anniversary of the Tiananmen Square crackdown. In 2011 the US State Department urged the Chinese government to release protesters arrested for peaceful protests in the square in 1989. Human rights and democracy advocates in 2009 called on the Chinese government [JURIST report] to investigate the 1989 uprising, provide an accurate count of those killed in the government’s response to the uprising, and to accept reform outlines set forth in the Charter 08 proposal. In August 2008 Chinese authorities released [JURIST report] activist Hu Shigen [profile], sentenced to 20 years in prison for carrying out counterrevolutionary propaganda, including organizing events commemorating the uprising.