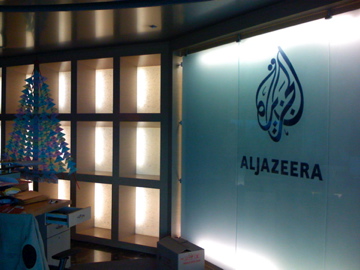 [JURIST] A Cairo court on Sunday again postponed the retrial of two Al Jazeera [official website] journalists accused of links to the Muslim Brotherhood [BBC backgrounder, JURIST news archive]. This is the second time [JURIST report] the court has had to reschedule the trial after two key police witnesses failed to appear. Baher Mohamed and Mohamed Fahmy were released on bail in February after the Egyptian Court of Cassation [official website, in Arabic] overturned [JURIST report] a lower court conviction on charges related to terrorism. The Cairo court fined the police witnesses USD $60 each for failing to appear, and rescheduled the retrial for March 19 [CBC report].

The prosecution and subsequent imprisonment of Al Jazeera journalists by the Egyptian government has garnered widespread criticism from international governments and rights groups. Last month UN Secretary-General Ban Ki-moon [official profile] welcomed [JURIST report] the decision by Egyptian authorities to release on bail the two Al Jazeera journalists awaiting retrial on terror charges. The men were arrested [JURIST report] in December 2013 along with fellow Al Jazeera journalist and Australian national Peter Greste. Earlier this month Greste was released [JURIST report] from the Cairo detention facility and deported, under a law allowing the deportation of foreign nationals to their home countries. Greste, along with rights organizations [AI report], and Canada’s Minister of State, Lynne Yelich, continue to push for the immediate and unconditional release of Fahmy and Mohamed.