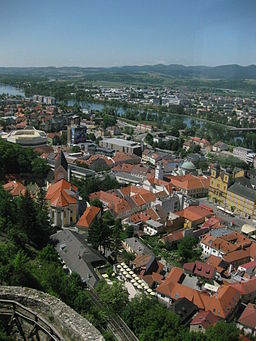 [JURIST] A nationwide anti-gay marriage referendum in Slovakia failed on Saturday because of the low voter turnout. The referendum, which asked whether marriage should only be a union between a man and a woman, was intended to strengthen [BBC report] the constitutional same-sex marriage ban in the country. While 50% voter turnout is required to validate the ballot, only 21% of those eligible cast their vote. Among those who voted, 95% agreed to strengthen the ban on same-sex marriage.The ballot also included [AP report] questions on whether same-sex couples should be allowed to adopt children and whether students should receive sex education at school. The referendum was lead by the Alliance for Family, which obtained over 400,000 signatures to get the vote on the ballot. Gay rights advocates in the country encouraged [AFP report] the public to boycott the vote.

The referendum was criticized [JURIST report] by advocacy groups like Amnesty International [official website]. In 2012 the parliament of Slovakia rejected [JURIST report] a proposed bill recognizing same-sex partnerships within the country. The proposal would have given same-sex couples parental rights over children and inheritance rights after the death of a partner. Last June the Slovakia National Council [official website, in Slovak] amended the country’s constitution to define marriage [JURIST report] as the unique bond between one man and one woman.