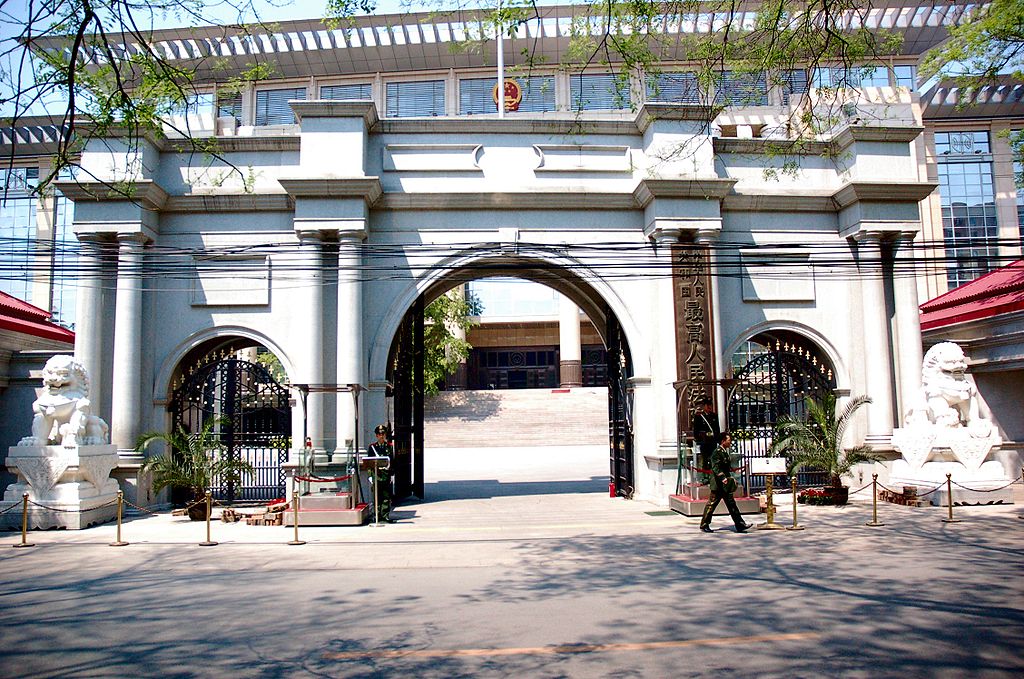 [JURIST] China’s Supreme People’s Court [official website, in Mandarin] on Thursday announced [press release, in Mandarin] a five-year comprehensive legal reform plan to make the judiciary more impartial, fair, independent and accountable as a way to emphasize the rule of law and “safeguard national unity.” The reform has five basic goals: to 1) streamline political organization; 2) respect the law; 3) promote reforms in the law while ensuring safe and orderly reformation; 4) promote progress generally and 5) strengthen the design of the legal system and encourage local exploration and practice. The press release also offered a time frame with specific deadlines of what the court hopes to accomplish each year. By the end of 2018 it hopes to have “promote[d] the formation of true justice, respect for justice, support the institutional environment and social atmosphere of justice.” The court hopes that these reforms will “focus on fairness and justice so that the people feel justice in every case.”

China has faced international criticism for its crackdown on dissidents. Earlier this week, Chinese writer Huang Zerong, 81, known also by his pen name Tie Liu, received a suspended 2.5 year prison sentence [JURIST report] for charges of running an illegal business. Zerong was sentenced for allegedly publishing [JURIST report] articles critical of Communist Party propaganda chief Liu Yunshan [Brookings backgrounder]. He has been detained since September and has denied all charges against him. In September the legal defense team representing prominent Chinese human rights activist Guo Feixiong [CHRD profile], decided to boycott [JURIST report] the start of Guo’s pending trial over procedural irregularities, which resulted in adjournment of the proceedings at the Guangzhou People’s Court in Southern China. In June a Chinese court denied bail [JURIST report] to prominent human rights lawyer Pu Zhiqiang, who is likely to be indicted in the country’s attempt to deter growing legal activism. Pu was detained [JURIST report] in May for “causing a disturbance” after he attended a weekend meeting that urged an investigation into the 1989 crackdown of pro-democracy protests in Tiananmen Square.