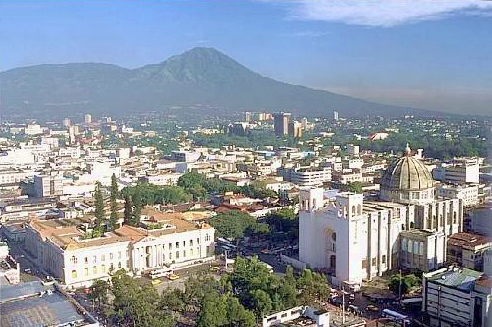 [JURIST] UN Secretary-General Ban Ki-moon [official profile] joined El Salvador in a ceremony [press release] Friday commemorating the twenty-third anniversary of the signing of the Chapultepec Peace Accords [PDF]. The accords, signed on January 16, 1992, marked the conclusion of more than a decade of civil war in El Salvador. The Salvadoran Civil War [JURIST news archive], which began with an attempted coup in 1979 led by groups that would eventually form the Farabundo Marti National Liberation Front [official website], was rife with human rights violations by both government and guerrilla forces, including targeting civilians, the recruitment of child soldiers and forced disappearances. More than 75,000 people were killed [UN report] during the conflict. The accords not only provided for a final ceasefire and disarmament between the groups but also included comprehensive reform of the armed forces, civilian police, justice system, electoral system, economic and social arrangements and land and property issues. Ban also lauded El Salvador’s five-year Development Plan [press release], an ongoing effort by the government to continue to improve the country, which still struggles with citizen insecurity, social exclusion, and sexual violence. Ban concluded his remarks by encouraging El Salvador President Sanchez Ceren [BBC profile] to continue to strengthen protections for the human rights of women, children, the lesbian, gay, bisexual and transgender community, and indigenous peoples and to adopt measures to end institutionalized impunity.

El Salvador and the international community are still working to bring war criminals to justice for their involvement in the crimes against humanity committed during the Salvadoran Civil War. In 2012 a US immigration judge in Florida ruled that the US government has the ability to deport [JURIST report] former El Salvador defense minister General Carlos Eugenio Vides Casanova based on charges of war crimes and crimes against humanity brought against him by the Human Rights Violators and War Crimes Unit [official website] of the US Department of Homeland Security [official website]. The US charged Vides in 2011 for war crimes [JURIST report] committed under his command during the Salvadoran Civil War. In 2009 the US Court of Appeals for the Sixth Circuit [official website] upheld a district court decision finding former El Salvador chief military commander Nicolas Carranza liable for war crimes [JURIST report] committed during the Salvadoran Civil War in the 1980s.