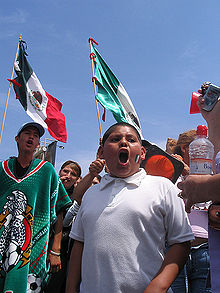 [JURIST] The Utah Attorney General’s Office [official website] reached a settlement with the American Civil Liberties Union (ACLU) [advocacy website] on Tuesday over a controversial immigration law [HB 497]. The “Utah Illegal Immigration Enforcement Act” was criticized as encouraging racial profiling as it allowed police officers to stop individuals to verify their legal status or arrest them without a warrant, “when the peace officer ha[d] reasonable cause to believe that the person [was] an alien.” The proposed settlement [text, PDF] permanently prohibits Utah from enforcing Sections 6(2) and 11 of HB 497, and section 76-10-2901 of the Utah Criminal Code [text, website] as amended. It also reconstructs several sections of HB 497. The ACLU and other advocacy groups welcomed this settlement as a triumph against laws perpetuating racial profiling [press release]. The executive director of the Utah ACLU, Karen McCreary, said, “We are pleased with the outcome of this settlement knowing that it paves the way for Utah to address broad issues impacting family and community safety without the scourge of fear and racial profiling this law created.”