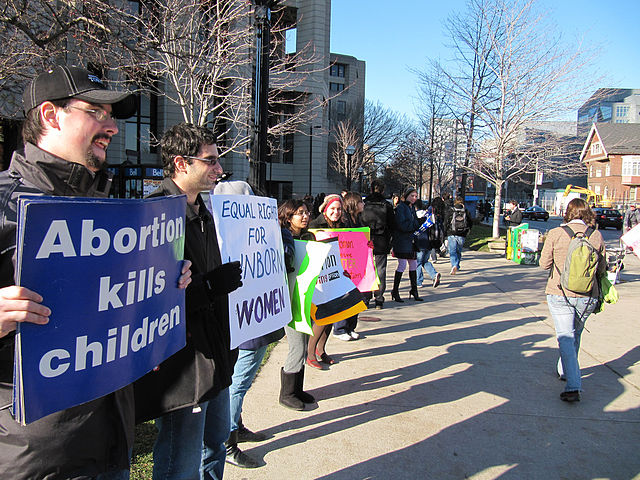 [JURIST] The US Court of Appeals for the Fifth Circuit [official website] on Thursday stayed [opinion, PDF] the enforcement of an injunction of a Texas law that would restrict access to abortion clinics. The bill [HB 2, text] requires any physician performing an abortion to have active admitting privileges at a hospital within thirty miles of the location where the abortion is performed and requires that all abortion clinics existing on or after September 1, 2014, comply with the same minimum standards required of ambulatory surgical centers. In the instant lawsuit, Plaintiffs challenge the admitting privileges requirement as applied to two specific clinics, Whole Woman’s Health and Reproductive Services [official websites]. Plaintiffs also challenge the ambulatory surgical center provision as unconstitutional. The US District Court for the Western District of Texas [official website] struck down [JURIST report] the admitting privileges requirement as applied to the the clinics and determined that the admitting privileges requirement “create[d] an impermissible obstacle as applied to all women seeking a previability abortion.” Finding the district court’s judgment was unclear and overly broad, the court also found that the state met its burden of showing a likelihood of success and that the law does not impose an undue burden on abortions. Thus the appeals court stayed the injunction as to the operational requirements of the ambulatory surgical center provision. The ruling is only a stay pending a full appeal.

Reproductive rights [JURIST backgrounder] has been a controversial issue in the US. Texas abortion-rights supporters and opponents have a protracted history [JURIST news archive] of battling in the state and federal courts. In April the Center for Reproductive Rights [advocacy website] announced [JURIST report] its filing of a lawsuit against HB 2. The Fifth Circuit had, a month prior, upheld [JURIST report] these two provisions on a challenge from Planned Parenthood [advocacy website]. In November 2013 the US Supreme Court [official website] ruled [JURIST report] to allow HB2 to remain in effect while under review by the Fifth Circuit. In July 2013,Governor Rick Perry signed [JURIST report] HB2 into law.