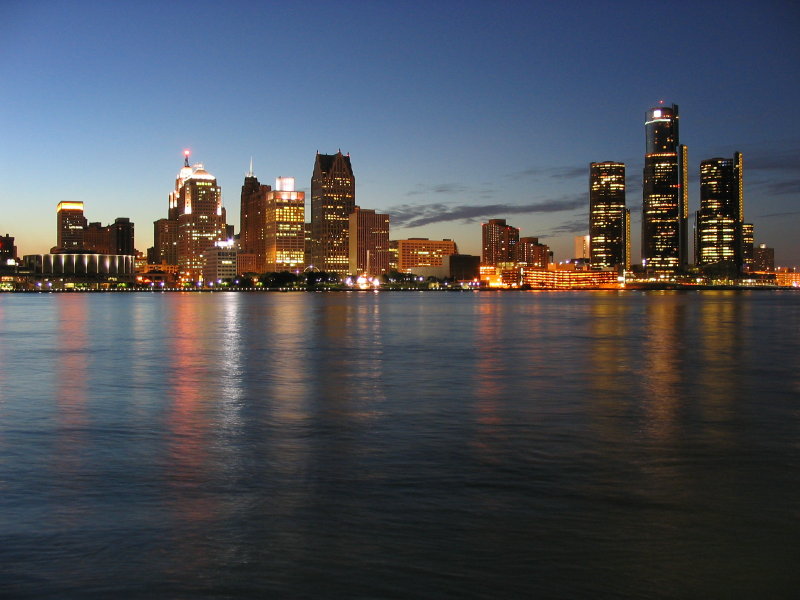 [JURIST] The Detroit City Council [official website] on Friday approved a deal to lease the city’s water and sewage department to a new regional authority as part of the city’s continuing effort to exit bankruptcy. After a 7-2 vote, the council approved creation of the Great Lakes Water Authority [official backgrounder, PDF], which will allow the city to take steps to fixing its water system which is dated and has seen a great deal of problems. The agreement will allow Great Lakes to work towards fixing the system, while giving the city control over the authority and allowing suburban counties to have more say in how it operates. Detroit will lease the system for the next 40 years at $50 million a year. Council member Andre Spivey stated [Reuters report] after the vote, “When you go through rough times, you have to make decisions that are not always popular, but are necessary.” In addition to the water deal the city also reached an important bankruptcy settlement with bond insurer Syncora [official website].

The on-going water shut-off by Detroit’s heavily-indebted water and sewer system has been linked to Detroit’s broader bankruptcy proceedings [ThinkProgress report]. When the city of Detroit filed for Chapter 9 bankruptcy [JURIST backgrounder] last July the city gained the dubious honor of becoming the largest bankruptcy by a local government in US history. In June three UN rights experts condemned [JURIST report] the city of Detroit’s Water and Sewage Department disconnection of water services for failure to pay due to lack of means as a violation of human rights. The experts’ criticisms came in response to a report [text, PDF] submitted by various water and rights organizations describing the water crisis the city and its people have been facing. In February Michigan Governor Rick Snyder unveiled [JURIST report] a new state budget that would allocate state funds to be used to cover Detroit workers’ pensions. Also in February Detroit filed [JURIST report] a lawsuit to invalidate $1.44 billion of pension debt.