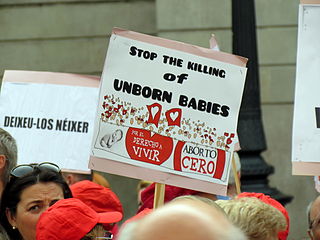 [JURIST] Louisiana abortion clinic Hope Medical Group for Women [clinic website] and the Center for Reproductive Rights [advocacy website] on Friday filed a lawsuit [complaint, PDF] in the US District Court for the Middle District of Louisiana [official website] to block a law [HB 388, text] that requires doctors to have hospital admitting privileges, which would likely force clinics to shut down. The law requires that every doctor who provides abortions have active admitting privileges at a hospital not more than 30 miles from where the abortion is performed, and gives doctors 81 days to comply. The complaint alleges that it is impossible to gain admitting privileges within the given time frame, as hospitals within the area can take anywhere from 90 days to seven months to decide on a doctor’s privileges application. Should the law be enforced on its effective date of September 1, it is not clear that any doctor will be able to perform abortions, eliminating access to legal abortion in Louisiana.

Reproductive rights [JURIST backgrounder] continue to be a hot-button legal issue throughout the US, with a number of states proposing laws to limit abortions. Earlier this month Mississippi Attorney General Jim Hood [official website] filed an appeal asking the US Court of Appeals for the Fifth Circuit [official website] to reverse a July ruling [JURIST report] that a 2012 state law requiring abortion clinic doctors to obtain hospital admitting privileges is unconstitutional. Also this month the US District Court for the Middle District of Alabama, Northern Division [official website] ruled [JURIST report] that Alabama’s recently enacted [JURIST op-ed] requirement [HB 57] that all doctors who provide abortions must have staff privileges to perform designated procedures at a local hospital is unconstitutional. In April West Virginia’s governor vetoed a bill [JURIST report] that would have banned abortions later than 20 weeks after conception. Also in April the Fifth Circuit upheld [JURIST report] a Texas law similar to the one enacted in Alabama that requires physicians performing abortions to have admitting privileges at nearby hospitals. In March the US Court of Appeals for the Tenth Circuit [official website] ruled [JURIST report] that the Kansas legislature can withhold federal funding for two Planned Parenthood clinics.