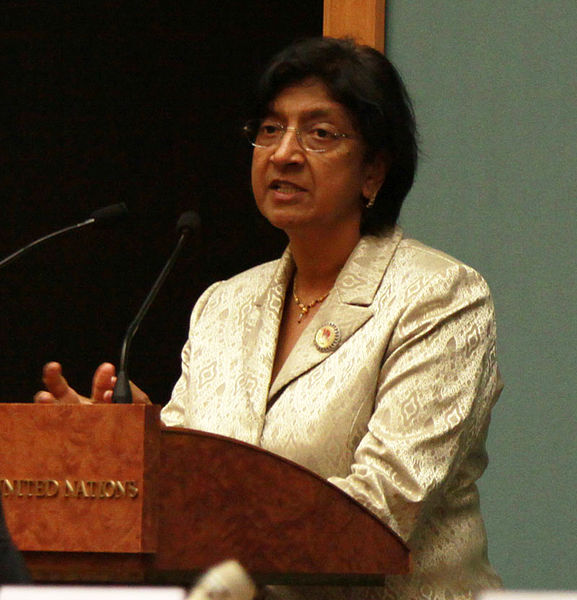 [JURIST] UN High Commissioner for Human Rights Navi Pillay [official website] called [press release] on the government of Morocco [BBC backgrounder, JURIST news archive] Thursday to enforce the human rights provisions in its 2011 constitution [text, PDF]. While commending the country for its growth since her office’s last visit 13 years ago, Pillay noted that the changes to the constitution made during the Arab Spring [JURIST op-ed] have had little force or effect in daily life. Specifically, Pillay noted that drafted laws on military justice and gender equality were overdue to presented in the parliament. Furthermore, the gender laws already passed in the parliament were often unenforced by judges in matters such as child marriage and revision of the rape laws designed to protect young women.

Morocco has been upheld as a modern reformation state in the past decade. In January Morocco announced [JURIST report] revision to the rape laws that provide amnesty for accused rapists if they marry their alleged victims. The announcement took place a year after the Moroccan government promised to change [JURIST report] the controversial law. Nearly a year before this promise, 16-year-old Amina al-Filali committed suicide [AFP report] after she was forced to marry her alleged rapist. Soon after, protesters in Morocco rallied to call for the reform [JURIST report] of Article 475. In November Morocco was elected [JURIST report] to the Human Rights Council for the UN. Also in 2013 the US Department of State reported [text, PDF] that Morrocco still struggles with additional issues such as human trafficking. In July 2011 Moroccan voters overwhelmingly approved [JURIST report] a revised version of the constitution, highlighted by fewer powers reserved for their king. The constitutional revisions were a product of a reform process announced [JURIST report] that April following peaceful demonstrations [JURIST reports] demanding democratic reforms as part of the wider protests in the Middle East and North Africa [BBC backgrounder; JURIST news archive].