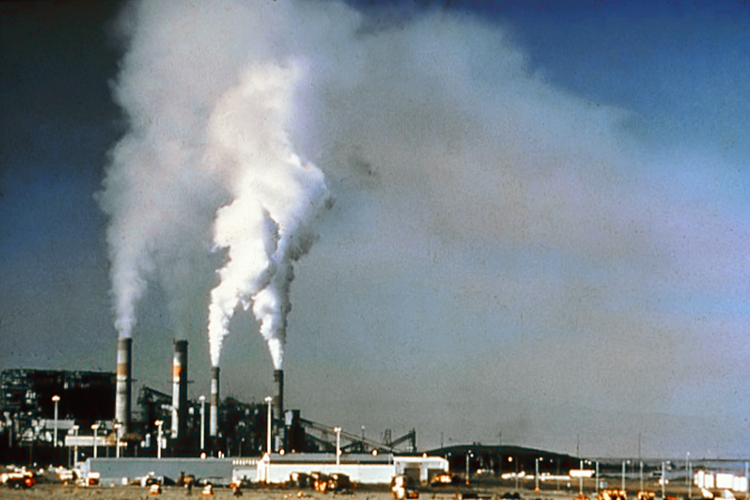 [JURIST] The US Court of Appeals for the District of Columbia Circuit [official website] on Friday rejected [opinion, PDF] a challenge to new Environmental Protection Agency [(EPA) official website] standards for manufacturing plant air pollutant output. The petitioners had requested review of a final rule by the EPA regarding minimum National Ambient Air Quality Standards (NAAQS) [EPA backgrounder]. NAAQS are explicitly required under the Clean Air Act (CAA) [text, PDF] and govern, inter alia, the congressional mandate to decrease allowable levels of various pollutant particulates output from manufacturing sites. Based on a five-year study on the community health impacts, the 2013 rule changed the means of measuring particulates output to a more stringent standard, increased the level of monitoring required for heavily populated areas and directed output levels to fall significantly below historic averages within a transitional grace period. Under the arbitrary and capricious standard of review, petitioners sought relief on a three-pronged argument regarding each of the changes above. Additionally, petitioners claimed [press release] that the EPA failed to comply with rule making procedures by failing to call for a comment and question period for each of the three new rules, as well as failing to base the rules on a rational review and comparison of several scientific studies. Rejecting petitioners’ contentions, the court held that the EPA’s general call for comment and questions for the 2013 rule was broad enough to encompass each specific rule. Furthermore, the court reviewed the scientific rationales provided by the EPA and those provided by the petitioners that the EPA admits it did not consider. The court upheld the EPA’s discretion to decide which studies to consider, given that the EPA had a rational basis for its choices. It further ruled that the EPA has the discretion to change its practices, whether by changing the definition and measurement of pollution particulates, or by changing the call for comments and questions.

Friday’s decision is merely one of the controversial cases [JURIST op-ed] regarding the EPA’s authority under the CAA. The US Supreme Court ruled last month that the EPA did not overstep its authority [JURIST report] when it issued a regulation limiting power plants’ emissions that cross state lines. Also in April the DC Circuit upheld [JURIST report] EPA restrictions on coal-fired Mercury output, admitting that such restrictions may cause sectors of the coal industry to fail for financial inability to comply. In February the US Supreme Court heard oral arguments [JURIST reports] on the EPA’s power to regulate certain greenhouse gases.