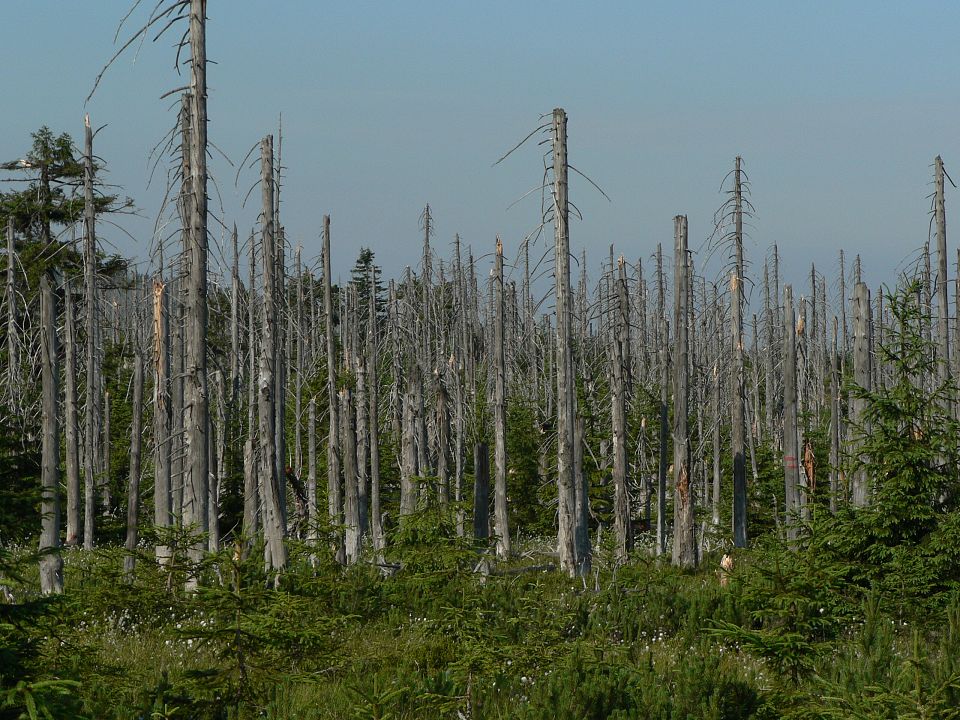 [JURIST] The US Court of Appeals for the District of Columbia Circuit [official website] ruled [opinion, PDF] Tuesday that the Environmental Protection Agency (EPA) [official website] was justified in its decision to defer adopting new air quality standards for pollutants that contribute to acid rain [EPA materials]. The lawsuit was brought against the EPA by the Center for Biological Diversity (CBD) [advocacy website], an organization that fights to preserve animal species on the verge of extinction and publicizes the negative effects of acid rain on natural ecosystems. CBD brought its suit after a 2012 decision by the EPA that further studies were necessary before the agency could create new national air quality standards for pollutants that cause acid rain. CBD claimed that the “EPA’s failure to issue a new multi-pollutant rule at that time … violated the Clean Air Act” (CAA) [text, PDF], which requires the EPA to regulate air pollution that could “reasonably be anticipated to endanger public health or welfare.” The CBG disputed the EPA’s 2012 assertion that it needed further studies before it could promulgate a rule on the matter and claimed that the EPA did not give an adequate explanation for this lack of “sufficient scientific information.” The EPA claimed that the “scientific uncertainty regarding all of the … chemical processes [regarding acid rain] remains high” and that “any rule promulgated would not have been based on reasoned judgment.” The appeals court determined that, based on the scientific complexity of the issue and the deference due the experts at the EPA, the agency’s judgment “must be sustained.”

The EPA has been working to regulate the causes and monitor the negative effects of acid rain since an environmental movement [Cary Institute report] formed against it in the 1970s. After a 10-year study of the matter, Congress created the Acid Rain Program [EPA backgrounder] in 1990, a project aimed at reducing the sulfur and nitrogen oxide emissions of power plants—pollutants determined to be the principle cause of acid rain. The EPA hailed the cap-and-trade [EPA backgrounder] program as a success, its benefits having far outweighed the cost of the program according to a 2011 report by the Office of Science and Technology Policy [official website]. In March 2005 the EPA issued [JURIST report] the Clean Air Interstate Rule (CAIR) to deal with power-plant pollution that drifts between states. Also a cap-and-trade system, CAIR only applied to 27 eastern states and the District of Columbia and aimed to reduce target pollutants by 70 percent by 2015. Considered a regional version of president George W. Bush’s proposed Clear Skies Act [JURIST report] legislation, which was struggling to pass through Congress, CAIR was pushed forward by the EPA. In November 2006 a Canadian environmental protection advocacy group, on behalf of 13 Canadian cities, petitioned [JURIST report] for the EPA to mandate pollution control for 150 US coal-fired power plants arguing the plants’ emissions were causing acid rain and other environmental complications north of the border. In October 2007 the EPA, along with several environmental groups and eight northeastern states, settled [JURIST report] a lawsuit against American Electric Power requiring the utility company to reduce its nitrogen oxide emissions and spend $4.6 billion in pollution controls to reduce acid rain.